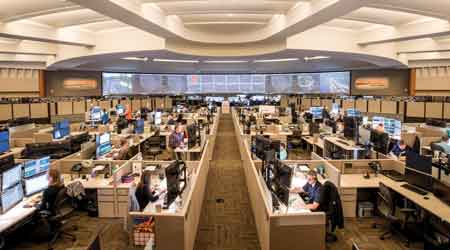 In February 2017, BNSF Railway Co. began renovating its network operations center (NOC) in Fort Worth, Texas. The $20 million project was completed in October 2017. This time-lapse video condenses the comprehensive work performed at the NOC — which opened in 1995 at BNSF's headquarters — to about one minute. For more information about the project, read this cover story in the January issue.