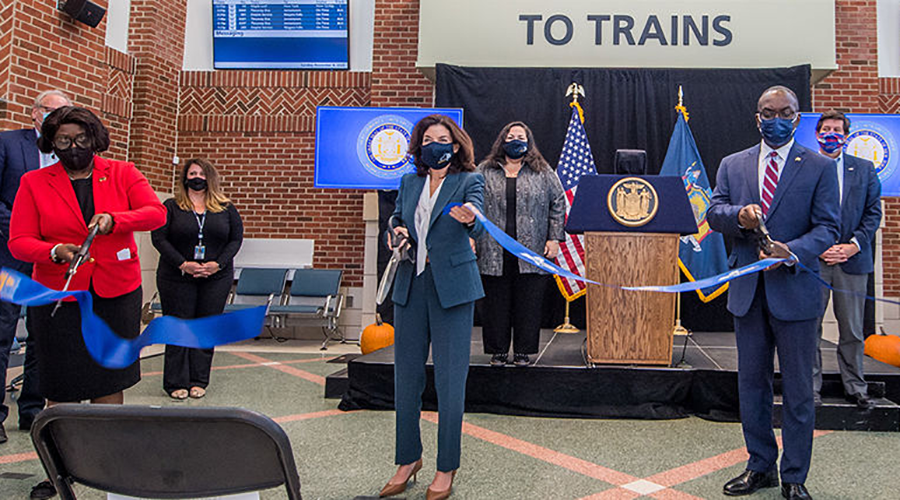 The station was designed to accommodate additional train routes and future expansion of intercity bus service, Cuomo said in a press release.

The new station was built on the same grounds as the previous 66-year-old Amtrak station, but was elevated and moved closer to the street to improve access and visibility. It is twice the size of the city's previous rail station and provides riders with connections to local bus and light-rail service.

The $29.8 million project includes redesigned low-level platforms and a covered pedestrian plaza. The facility is also complaint with the Americans with Disabilities Act.

In 2018, the New York State Department of Transportation assumed control of the project to replace the train station and awarded a $27.7 million design-build contract for the construction.