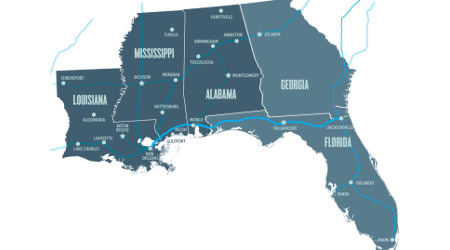 Service along the corridor has been suspended since Hurricane Katrina hit the region in 2005.

In a March 3 letter to Southern Rail Commission (SRC) Chairman Greg White, Moorman emphasized Amtrak's "firm commitment to the Gulf Coast project," along with the railroad's interest and support for other projects underway in the region.

Although those two projects "are not as close to fruition," Amtrak strongly supports them and will continue working with the commission and Gulf Coast states to obtain necessary commitments from host railroads to advance them, Moorman wrote.

"We are committed to operating both the long-distance and corridor services on the Gulf Coast route as soon as the necessary funding can be arranged, and the necessary agreements are in place to implement the service," Moorman said.

SRC officials hailed the letter as "what may be Amtrak's strongest showing of support in print" for Gulf Coast service.

The letter also was presented to Louisiana Gov. John Bel Edwards at the SRC's first quarterly meeting this year. Edwards has voiced support for the commission's work, SRC officials said in a press release.

The SRC advocates for passenger-rail service in Louisiana, Mississippi and Alabama.