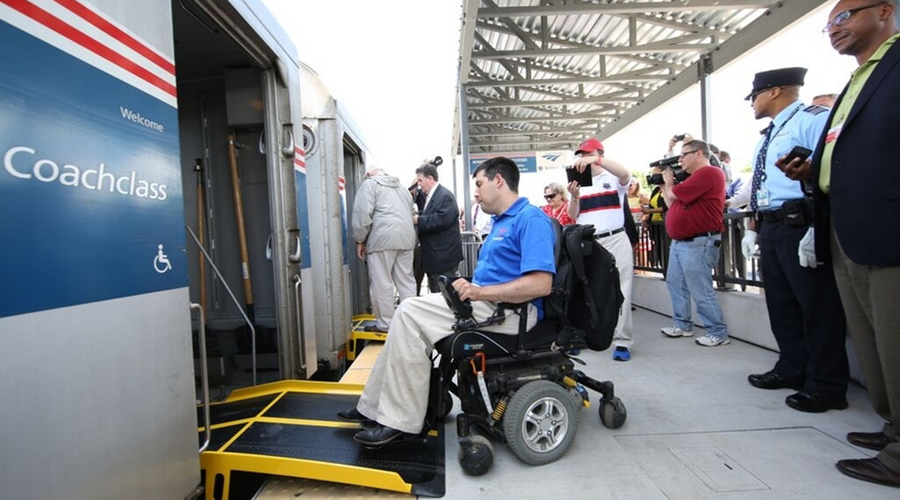 The U.S. Department of Justice (DOJ) earlier this week announced it has reached an agreement with Amtrak to resolve the department’s findings of disability discrimination in violation of the Americans with Disabilities Act (ADA).

Under the agreement, Amtrak has committed to design at least 135 stations to be accessible and pay $2.25 million to victims hurt by its inaccessible stations.

The agreement calls for Amtrak, over the next 10 years, to complete construction at 90 of those stations, and have at least 45 more under construction. Also, Amtrak will train staff on ADA requirements and implement a process for accepting and handling ADA complaints.

The DOJ complaint alleged that Amtrak has violated and continues to violate the ADA by failing to make existing stations readily accessible to, and usable by, people with disabilities, including those who use wheelchairs. The ADA gave Amtrak 20 years from the law's 1990 enactment to make its stations accessible, requiring Amtrak to comply by July 26, 2010.

"Passengers with disabilities have waited long enough. [The settlement] is a historic victory for individuals with disabilities, Amtrak, the rule of law, and the promise of equal opportunity for all Americans," said Eric Dreiband, assistant attorney general of the DOJ's Civil Rights Division, in a press release.

Amtrak will establish a $2.25 million settlement fund. Individuals with mobility impairments who traveled or desired to travel at 78 specified stations with significant accessibility issues may be compensated from the settlement fund.

"The settlement reached by DOJ and Amtrak not only resolves the lawsuit ..., but more importantly it builds upon and protects important aspects of Amtrak’s longstanding ADA compliance efforts — not just architectural compliance at stations, but also training for employees, effective oversight by the Federal Railroad Administration and Amtrak executives, and compensation for certain passengers who may have been harmed by noncompliance at certain stations," an Amtrak spokesperson said in an email.