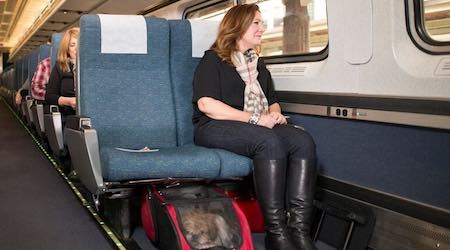 Amtrak has expanded its pets-on-board program to include Vermonter trains, the national passenger railroad announced earlier this week.

Small dogs and cats are now allowed to join their owners on the entire Vermonter route from Washington, D.C., to St. Albans, Vt. The trip duration cannot exceed seven hours, however.

Since the pets program launched on the Northeast Corridor in October 2015, riders have brought more than 15,000 pets on board. The program has generated more than $1 million in revenue since its inception, Amtrak officials said in a press release.

Owners can reserve a space for their pet for $25; five pet spots are allotted per train.