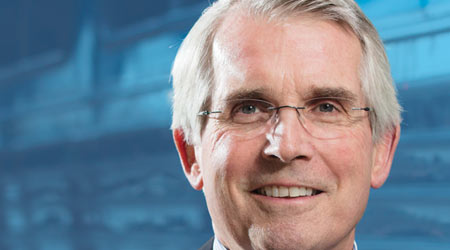 The entity will seek private-sector partners to handle and improve Penn Station's concourse operations and maintenance, Moorman said, according to a prepared statement of his testimony before the committee.

The immediate infrastructure work will impact Amtrak riders, as well as those who use New Jersey Transit and MTA Long Island Rail Road (LIRR) for several weeks in July and August. Although Amtrak owns the station, it is used more by NJ Transit and LIRR.

Moorman announced last month that Amtrak would accelerate needed track work at the station to solve immediate problems related to the derailments.

"While this will create some significant impacts on service levels this summer, it will compress work that might take years into a period of weeks, and in the end, give us brand new infrastructure in a critical part of the station that will be more reliable and require less disruptive maintenance for years to come," Moorman testified yesterday.

Beyond the infrastructure work, Penn Station also requires other improvements. This year, Amtrak will issue a solicitation for a "best-in-class" building manager that can manage operations and maintenance within the railroad's space in the station. Additionally, Moorman asked former Metropolitan Transportation Authority Chairman Tom Prendergast to head a Penn Station Passenger Concourse Coordination Review to help improve collaboration between the three railroads that use the station.

While those and other initiatives will address the near-term needs, the fundamental challenge preventing "transformative change" at the station is the "bifurcated control and disjointed nature of the three railroad's respective passenger concourses," Moorman said.

As a result, Moorman said he instructed the Amtrak team to create the Penn Station development entity to seek private-sector involvement.

"Of course to be truly successful, everyone involved in Penn Station should be part of this venture so we can bring all the concourses under joint and transparent control and solicit partnerships to integrate operations and improve the station," he said.

Amtrak is pursuing master developers at a number of our other major stations, Moorman added.

"We are convinced that the only way to significantly improve the passenger experience in Penn Station is by combining the railroads' forces and investment capabilities and coupling these with the expertise, innovation and focus of the private sector," he said.

"While many people rightfully associate Gateway with the new Hudson River Tunnel that must be built to protect current services into New York and the economy of the entire region, Gateway is also the only path toward building new tracks and platforms at Penn Station, so that we can decrease the pressure on existing facilities and accommodate ever-increasing demands for more train service," he said. "Without this, LIRR, Amtrak, NJ Transit and eventually MTA Metro-North Railroad will be capped forever at today's service levels," Moorman added.

"The situation at Penn Station has gone from bad to worse to intolerable," the governors wrote. "Every commuter in the New York/New Jersey area agrees with us that drastic action must be taken to immediately remedy the situation. The time, energy and suffering of our commuters in both states require nothing less."