Amtrak's Office of Inspector General is investigating Amtrak Police Chief Polly Hanson for alleged fraud and conflict of interest regarding a counterterrorism contract awarded to a company where her boyfriend worked, according to news reports in Washington, D.C. 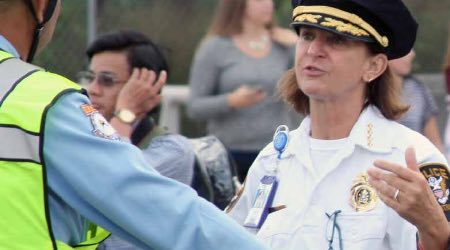 When Amtrak awarded the contract to ABS Consulting in May 2014, Hanson didn't disclose the nature of her relationship with Kerry Thomas, a senior director for Homeland Security support programs at the company, The Washington Post reported, citing court documents.

Hanson was "deeply involved" in developing the contract and appears to have been romantically involved with Thomas for a "substantial period of time," the newspaper said.

Funded by the U.S. Department of Homeland Security, the contract called for ABS to provide counterterrorism training to Amtrak's 500 police officers.

Hanson's attorney Sara Kropf told The Post that the police chief did disclose her relationship, and that Hanson did not personally benefit from the award of the contract.