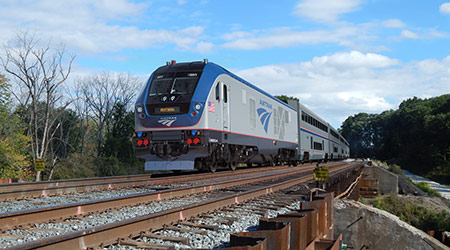 Amtrak has awarded an $850 million contract to Siemens Mobility for 75 diesel locomotives as part of the railroad's plan to replace its aging national network fleet.

The initial 75 Charger units will be used primarily on Amtrak's long-distance services, with options to purchase more units for use on some state-supported routes and to support future growth, Amtrak officials said in a press release.

The new units will replace primarily Amtrak's aging P40 and P42 locomotives, some of which have been in service for more than 25 years. The units will be manufactured at Siemens plant in Sacramento, California.

The engines will be equipped with the latest Tier 4 emissions technology, which is designed to reduce nitrogen oxide by more than 89 percent and particulate matter by 95 percent. In addition, the engines will provide an average of 10 percent savings in diesel fuel consumption, Amtrak officials said.