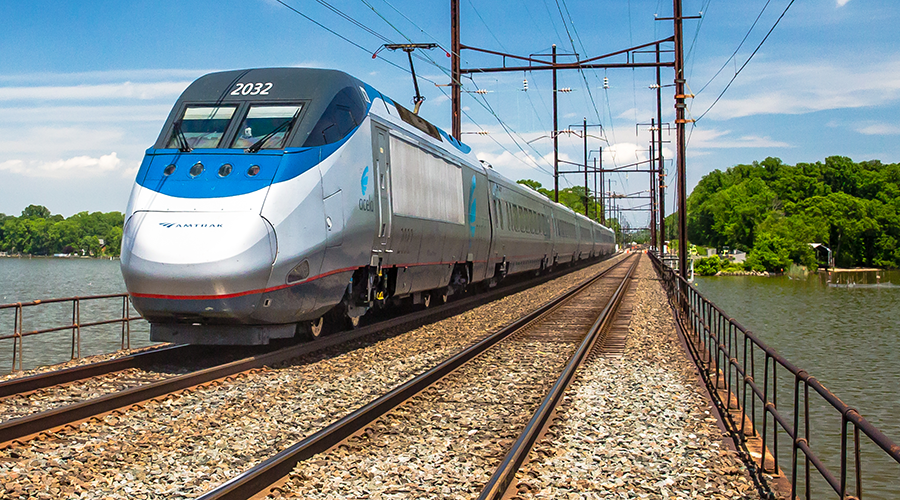 AmeriStarRail LLC's proposal suggests it could expand Amtrak's NEC capacity to meet travel demand over the next 20 to 40 years. The group says it would operate 160 mph trains and include "triple-class service" for coach, business and first class on each train.

In response to a request for comment, Amtrak spokeswoman Beth Toll said in an email that the railroad has corresponded with AmeriStarRail officials about their proposal. In response to specific points in the group's proposal, Toll noted the following:
• Although AmeriStarRail has proposed creating a centralized maintenance facility, likely in Delaware, that would employ 150 people, Amtrak already employs more than 1,000 Delaware residents primarily at two major equipment maintenance facilities. If Amtrak wasn't operating the trains and maintaining the equipment on the NEC, most of those jobs would go away.
• It's not likely that riders would be comfortable sharing small, closed compartments on a train [as AmeriStarRail has proposed] while the country is recovering from a pandemic;
• The assertion that the private group could expand the NEC for only $5 billion does not take into account that the NEC has a huge state-of-good-repair deficit, calculated at $42 billion, that must be addressed to maintain current Amtrak and commuter services.
• The AmeriStarRail proposal would not produce more money for Amtrak [as proposed] because the vast majority of Amtrak revenue comes from passenger fares, which AmeriStarRail would receive.

Toll also noted that Amtrak already is pursuing many of the good ideas proposed, including: an agreement with Metropolitan Transportation Authority in New York City to plan for the eventual operation of Amtrak trains to Jamaica/Long Island; a procurement for new trains is underway to eliminate the need for engine changes in Washington for trains operating from NEC points to Virginia and the South; there already is a comprehensive NEC service improvement plan, which was developed by the Federal Railroad Administration with input from Amtrak and includes many of the components of AmeriStarRail's proposal.

In addition, Toll pointed out that proposals calling for privatizing Amtrak's NEC service have been made from time to time. Amtrak has issued this whitepaper to address questions often raised in discussions about whether to privatize the railroad's NEC operations.