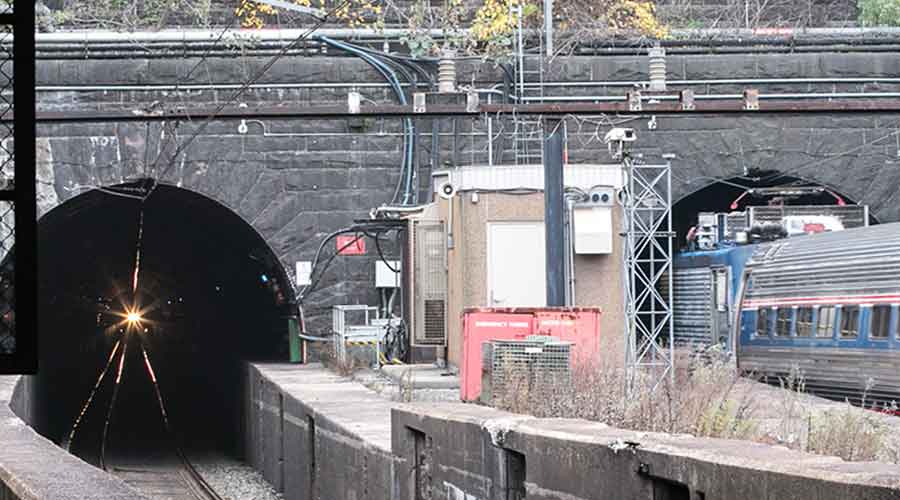 The Gateway Program partners this week announced a new phase of work has begun on the Hudson River rail tunnel project, with dozens of geotechnical exploration borings to be conducted along the proposed alignment of the new tunnel that will connect New Jersey with New York City.

The exploration began in October and is expected to run through early 2020, Gateway Development Corp. (GDC) officials said in a press release.

The effort will include the 36 borings covering river- and land-based locations and extending to depths ranging from 55 feet to 280 feet; four seismic cone penetration tests; a bathymetric survey in the Hudson River; and a surface-based geophysical survey along the Hudson Bergen Light Rail (HBLR) tracks in New Jersey.

Amtrak is implementing the project, consistent with the prior and ongoing support it has provided for the project's preliminary engineering.

“In addition to the $1.5 billion we’ve already trimmed from the cost of the Hudson Tunnel Project, this geotech exploration is a great example of streamlined and efficient project delivery leading to potential cost savings,” said GDC Chairman Jerry Zaro. “Our work with the private sector on this initiative is a model we look forward to following as we advance this critical project.”

The exploration plan was developed with private industry's input as part of GDC’s request for information (RFI) process. Through the process, private industry made clear the importance of providing project data, including geotechnical data, prior to the start of a formal procurement process, GDC officials said.

A virtual data room was established for qualified firms to access and review existing data and comment on proposed locations for investigation. The results will be posted in the data room when available.

The GDC oversees the Gateway Program, which involves infrastructure projects to improve commuter and intercity rail services along the Northeast Corridor. Part of the Gateway Program, the Hudson Tunnel Project is intended to preserve the function of the Hudson River rail crossing between New Jersey and New York, and strengthen the rail corridor's resiliency.

The existing Hudson River rail tubes are in a deteriorating condition, which was worsened by saltwater damage that occurred during Hurricane Sandy in 2012.