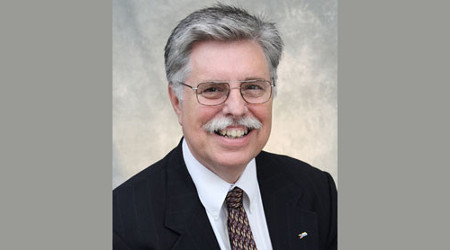 In an open letter to elected officials, which has been posted on the Rail Passengers Association (RPA) website, Boardman writes that current Amtrak management is endangering the national network's sustainability.

Amtrak officials declined to comment when asked to respond to Boardman's concerns.

Boardman served as Amtrak's top executive from 2008 to 2016, when he retired. He was succeeded for a year by former Norfolk Southern Railway President and CEO Wick Moorman, who took the job on an interim basis until a permanent successor was hired. That hiring occurred last year, when Amtrak tapped former airline industry executive Richard Anderson as the railroad's next CEO.

According to a RAP blog, Boardman's letter was prompted by a letter that Amtrak sent to elected officials regarding additional matching requirements related to the recent Transportation Investment Generating Economic Recovery Grant (TIGER) that Amtrak received for repairs to its Southwest Chief route in Colfax County, New Mexico.

"Based on the communication I've seen being submitted to Hill staff, I think that Amtrak has begun to do surgical communications in a way that does not provide a transparent discussion of what they are doing, instead the plan seems to be to keep the recommendations and briefings small and isolated from each other, just the opposite of transparent," Boardman wrote.

He added that Anderson and Amtrak's board "have drawn a line in the sand at the foot of the Raton Pass, believing that they can convince western politicians that providing service on the SWC is ineffective and too costly, making the Southwest Chief as their first major target to cut."

"I might be wrong, but I don't think so," he wrote. "City pairs could be fine but a connected national system on the surface of the United States is and should continue to be our national policy. And if it is changed it should be informed by both hearings and explanations to Congress."

The letter and RPA's blog on the topic can be read here.