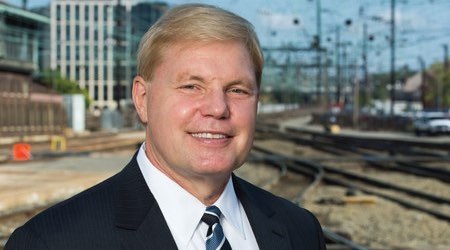 The award recognizes leaders who have made "outstanding contributions" to their organizations and who exemplify the strategic role of human resources in business, Amtrak officials said in a press release.

Melnkovic, who joined the railroad in 2011, is featured in the October issue of Human Resource Executive.

“It's no surprise of what Barry and his team have accomplished in such a short time," said recently retired Amtrak President and Chief Executive Officer Joe Boardman. "This award is a testament to his track record of growing financial capital by
investing in human capital, and the success we all have been able to achieve for Amtrak."