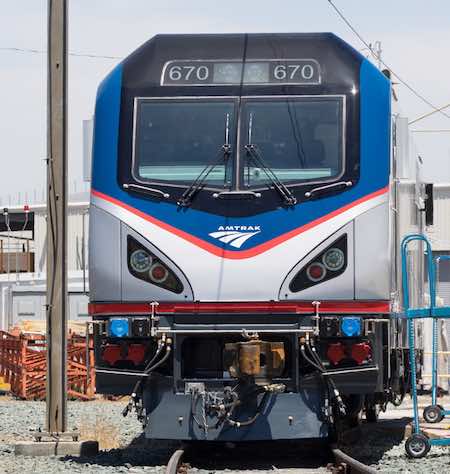 The milestone is the culmination of a more than five-year partnership as the final locomotive heads to the Northeast Corridor for commissioning and revenue service, Siemens officials said in a press release.

Built by Siemens with components from more than 60 U.S. suppliers, the locomotive is part of a new fleet of 70 high-efficiency vehicles that have helped improve performance reliability along the Northeast and Keystone corridors, Siemens officials said.

"Amtrak is integral to the daily life of the Northeast and our new locomotives will keep the people and businesses of the region connected and on the move," said Joseph Boardman, Amtrak's president and chief executive officer. "These new locomotives deliver the reliable and efficient Amtrak service our passengers depend on as well as support the growth of the region." 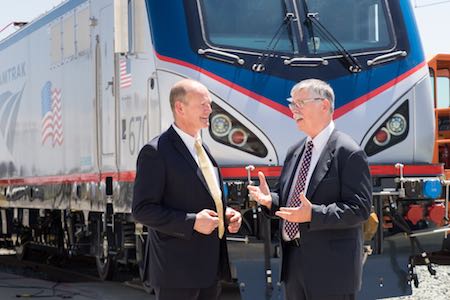 The ACS-64 locomotives feature a microprocessor system that performs self-diagnosis of technical issues, takes self-corrective action and notifies the locomotive engineers. Additionally, the units use a regenerative braking system to feed energy back into the power grid. Together, the locomotives could save more than 3 billion kilowatt hours of energy and more than $300 million in savings over their lifetime, according to Siemens.

The first locomotive was unveiled in 2013, followed by a rigorous testing program at the Transportation Technology Center Inc. facility in Pueblo, Colo.