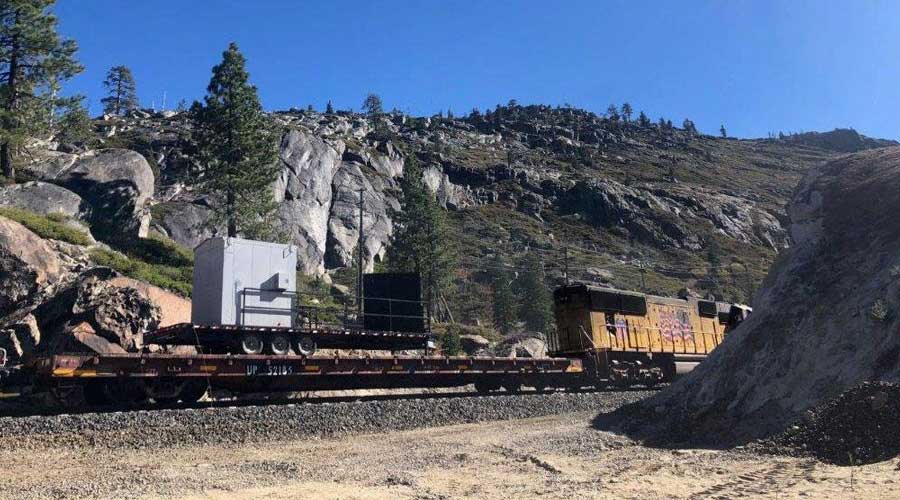 Union Pacific Railroad engineers in the Roseville Subdivision one-upped Mother Nature at California's Donner Pass by creating a controlled avalanche before she brings the snow crashing down, according to an article on the Union Pacific’s Inside Track website.

The equipment — called the avalauncher — releases two pounds of explosives at the mountain to create a controlled avalanche.

“We bring an avalanche down to us when we want it instead of when Mother Nature wants it,” said Mike Upton, senior manager of UP track maintenance, engineering.

This reduces the risk of an uncontrolled avalanche that could create potentially hazardous situations on the tracks. Donner Pass receives 34 feet of snowfall annually, causing rail track issues.

Winter storms and the resulting avalanches have caused derailments and other track issues since he joined UP 23 years ago, Upton said.

The system allows the clearing of the track, reducing the potential for dangerous situations. The avalauncher could be used between November and April.