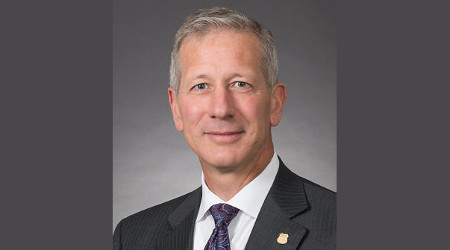 STB Chairwoman Ann Begeman and Vice Chairwoman Deb Miller wrote yesterday to UP Chairman, President and Chief Executive Officer Lance Fritz after UP informed the board of the railroad's new operations plan. In seeking to maintain weekly communications with UP management, the board is trying to help prevent freight-rail service problems that arose when UP competitor CSX implemented precision scheduled railroading last year.

CSX's execution of its plan "resulted in serious service disruptions not only for its customers, but also other railroads," the STB's letter stated.

To facilitate CSX's recovery, the STB held weekly calls with CSX management, as well as a public hearing in Washington, D.C., to hear from shippers and others affected by CSX's service problems.

"In light of those events, we trust that UP will work in a transparent manner to avoid similar disruptions to the nation's rail system," Begeman and Miller wrote.

They noted they were "pleased" with Fritz's explanation of how UP's plan will differ from CSX's initial approach, "including retention of sufficient employee resources and active communication with customers."

Earlier this week, UP announced it would launch operating changes — dubbed Unified Plan 2020 — that would rely on precision scheduled railroading principles. The plan will launch Oct. 1 in the Midwest and will be rolled out in phases across the rest of UP's network. The Class I expects the changes will help it achieve a 60 percent operating ratio by 2020.

"We are not currently meeting customer expectations," Fritz said in announcing the plan. "Unified Plan 2020 is our path forward to secure our place as the industry leader in safety, service and financial performance."

Meanwhile, in an interview yesterday with the Chicago Tribune, Fritz said UP's operating changes should help reduce freight-rail congestion and benefit Metra riders and motorists in the Chicago area.

Metra officials often cite conflicts with freight trains as one reason for its commuter-train delays, the paper noted. UP operates three Metra lines: the UP West to Elburn, the UP Northwest to Harvard and the UP North to Kenosha, Wisconsin.