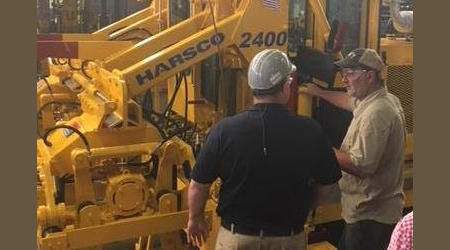 Tour attendees discussed U.S. trade policy and the movement of goods by rail between Canada and the United States. They thanked Peters for supporting the Building Rail Access for Customers and the Economy (BRACE) Act, which would extend the 45G short-line tax credit, according to a REMSA press release.

Tour attendees  — who included members of the Ashtabula County Board — discussed with Joyce their desire for Congress to pass the BRACE Act and maintain current limits on truck size and weight, according to an NRC press release.

"The short line railroad tax credit, which would be made permanent by the BRACE Act, is an essential piece of the economic puzzle, allowing short lines to invest more of their own capital in rail improvements and maintenance to provide ever-safer and more robust service capabilities for their customers," said Judy Petry, chair of the American Short Line and Regional Railroad Association.