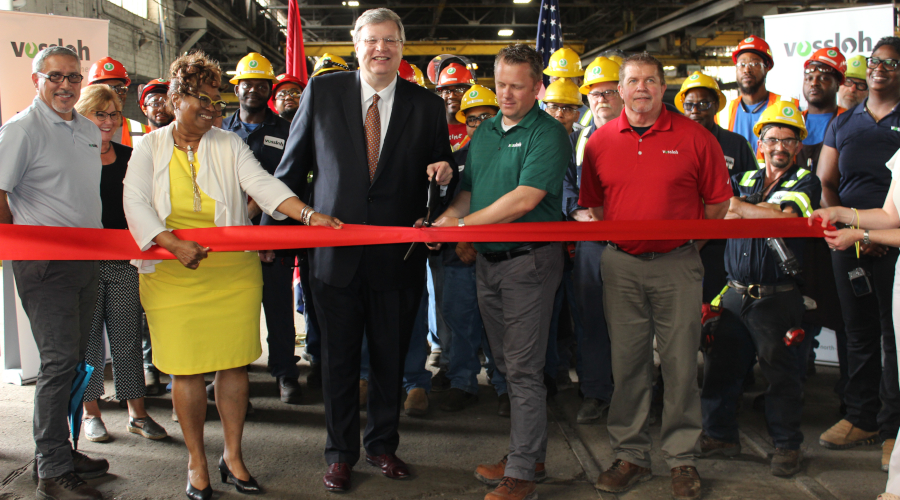 Vossloh North America has expanded its Memphis, Tennessee, manufacturing plant. The project included installation of new machinery to increase manufacturing capabilities and improvements to office space, according to a Vossloh press release. The company also announced plans to hire new employees and management personnel over the next two years to support operational growth.

Nomad Digital was selected by the Capitol Joint Powers Authority (CCJPA) to install, test, operate and maintain the WiFi network on Capitol Corridor trains, including those operated by CCJPA and Amtrak. Over the initial five-year contract, Nomad will create a technical roadmap for the wireless infrastructure that will evolve over the contract's term, according to a Nomad press release.

MUL Railcars Inc. hired Theodore Baun as chief commercial officer effective July 1. Baun will be responsible for fleet utilization, revenue generation and operations supporting customer experience. He has 25 years of experience in the rail-car industry, according to a MUL Railcars press release. Previously, he served as vice president and CCO of FreightCar America Inc., with executive responsibilities relating to new car manufacturing, leasing and aftermarket parts and services.

SNC-Lavalin’s Atkins business has been selected as part of the engineering services and support team for the Los Angeles County Metropolitan Transportation Authority, as the agency expands rail services in preparation for the 2028 Summer Olympic Games. The seven-year base contract includes three additional one-year options and is valued at $30 million, according to a SNC-Lavalin press release. In a separate announcement, the company, as part of the Central Rail Systems Alliance, was awarded a nearly $1.7 billion contract to upgrade track for Network Rail in London.

Railway Equipment Co. has named Colleen Leonardo sales manager for its northern service regions. In the role, she will develop new business opportunities and create custom solutions for customers. Leonardo has worked across national railroad sites and most recently coordinated the upgrading and replacement of the signaling system in the Union Station Rail Corridor in Toronto.

EnviroServe has opened two new offices in Columbus, Ohio and Minneapolis, expanding its network to 16 locations, according to a company press release. The locations will be equipped to safely remediate and prevent environmental releases, manage waste and respond to emergency and catastrophic events.