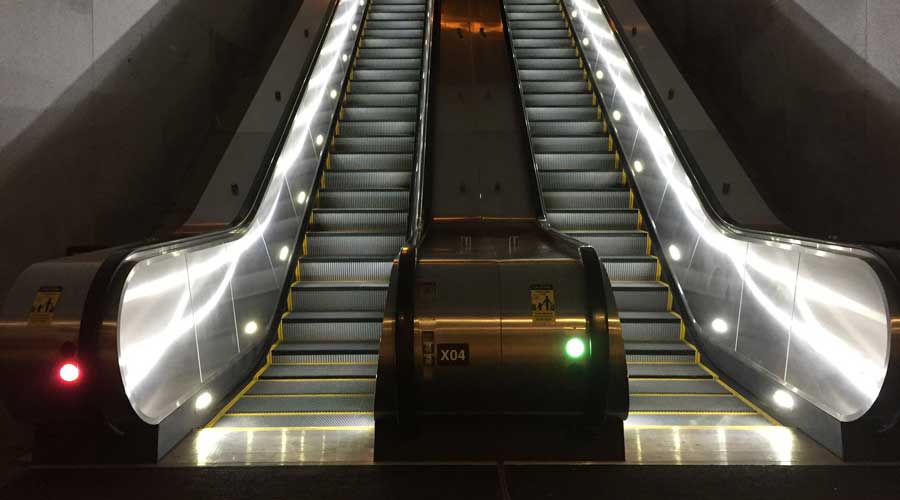 The Washington Metropolitan Area Transit Authority (WMATA) has awarded KONE Corp. a $179 million, seven-year contract to replace 130 escalators at 32 stations starting in May, according to an agency press release. The new escalators will incorporate the latest safety features, including LED lighting. In November 2019, WMATA completed an eight-year project to replace 145 escalators and rehabilitated another 153, replacing all the major components. Last year, WMATA began rehabilitating another 89 escalators. With this new contract, 517 of the system's 618 escalators, or 84%, will be replaced or rehabilitated since 2011.

Pro-Tech Group LLC has demonstrated an industry-first mobile container system that utilizes autoracks on return trips to carry freight in a cost-saving and more sustainably than other modes in supply-chain management. Under the demonstration project, Pro-Tech offered a major automobile company an option to ship by rail new wheel rims from Southern California to an assembly plant in Michigan. Normally, the auto company would rely on trucks to ship parts. The steel-framed, hard-side containers are designed to provide a pilfer-resistant and controlled shipping environment for two standard 48-by-40 pallets loaded with variety of parts, assemblies and other goods.

Thales will digitize Deutsche Bahn in the Stuttgart region of Germany with a digital signaling system, the European Train Control System and Automatic Train Operations with driver. The contract has a value of 127 million euros. The project, based on leading-edge technologies, sets standards for digitizing railways in Germany and Europe, according to a Thales press release.

Focused Technology Solutions has hired Robert Fletcher as the company's sales executive. Fletcher has more than 40 years of experience in the rail and transit industry. His range of industry expertise has enabled him to manage major railroad accounts in large national companies and own and operate an equipment company that has developed and sold safety and maintenance equipment, company officials said in a press release.

Urban Engineers of New York President and Chief Executive Officer William Thomsen will be recognized Feb. 18 as the 2021 Delaware Valley Engineer of the Year. The award recognizes a standout local engineer who embodies the qualities and talents that define professional excellence, civic duty, society leadership and community stewardship. Thomsen was selected by representatives of local multidisciplinary, engineering and technical societies and will be recognized during Delaware Valley Engineers Week, Feb. 18-27, which is part of the national observance of Engineers Week.