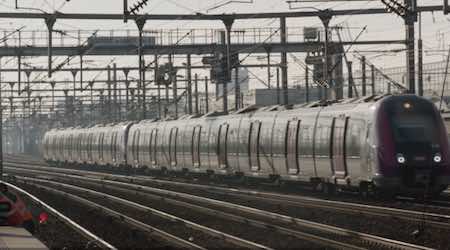 French rail operator SNCF has begun using the IBM Watson Internet of Things (IoT) system on IBM Cloud to help reduce maintenance costs and improve operational efficiency. The system will gather real-time information on the operator's track, trains and stations. To collect and analyze the data, SNCF is developing specialized industrial sensors that are being installed on tracks and trains. The sensors will securely send tens of thousands of data points to the IBM Watson IoT Platform in real-time, which will provide SNCF with insight to manage equipment and improve quality, security and availability of its trains, IBM officials said in a press release.

Union Tank Car Co. has partnered with RailcarRx to launch UTLX Repair Link, a rail-car management portal aimed at streamlining transactions with contract shops during the repair cycle. With the new platform, shops are able to access rail-car information, upload estimates and invoices, and communicate with Union Tank Car staff, according to a Union Tank press release. Within the year, the company plans to have all its contract repair shops on board with Repair Link.

Road and Rail Services Inc. has won the 2016 "core values" award from CSX subsidiary Total Distribution Services Inc. (TDSI) for service excellence at TDSI's automotive facility in Talladega, Ala. The subsidiary offers vehicle-handling services through a network of automobile-distribution facilities, storage locations and facilities providing service to Eastern, Gulf and Southeastern ports. Road and Rail in November 2016 won another service excellence and partnership award from TDSI.

Scott Raffaelli has been named vice president and general manager of Pettibone/Traverse Lift LLC, a manufacturer of rugged material handling equipment for rail, construction and other applications. In the role, he'll oversee engineering, operations, sales and aftermarket activities. Over the past seven years, Raffaelli has worked for the Pettibone Heavy Equipment Group, which includes Pettibone/Traverse Lift and two sister companies. Before that, he spent six years in the aerial work platform division of Terex Corp.

WAGO has hired Sergio Vergara as senior sales and application engineer of eastern Canada. He'll use his project-based experience to help in the growth and development of the region, according to a company press release. Vergara previously worked as a project engineer for Proctek, ABB and Invensys Ltd., which was later acquired by Schneider Electric.