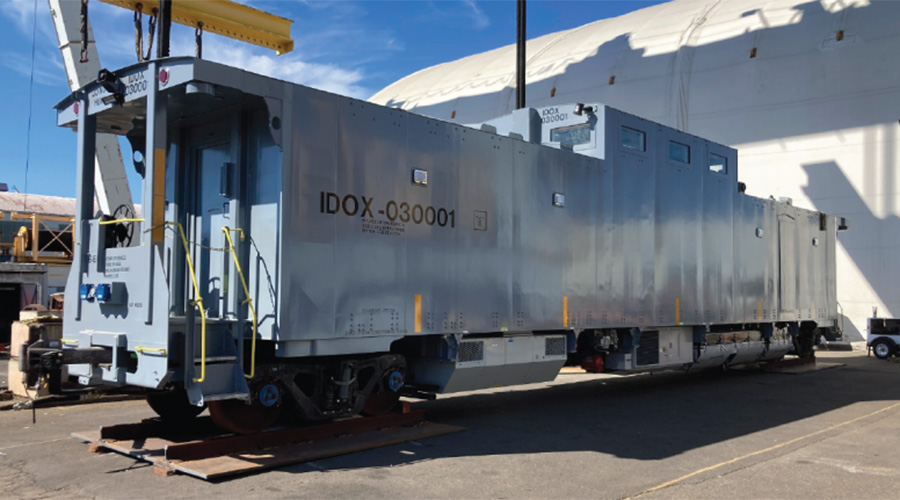 The Greenbrier Cos. Inc. recorded new rail-car orders for 6,300 units valued at $684 million and deliveries of 4,100 units in its fiscal-year first quarter that ended Nov. 30, 2021. Also during Q1, the company logged: a new rail-car backlog of 28,000 units with a value of $3 billion; a rail-car refurbishment backlog of 3,500 units valued at $200 million for delivery during fiscal-years 2022 and 2023; and net earnings of $11 million, or 32 cents per diluted share, on revenue of $551 million. The company also grew GBX Leasing by about $200 million through a rail-car portfolio purchase and cars produced by Greenbrier.

A new high-tech rail car developed by the U.S. Navy and the U.S. Department of Energy (DOE) is on its way from Oregon to Pueblo, Colorado, where it will undergo multiple-car testing. The Rail Escort Vehicle, specifically designed to transport security personnel during the shipment of spent nuclear fuel (SNF) and high-level radioactive waste, is the last piece needed for a complete rail-car system required by DOE to transport SNF to disposal and storage facilities across the country, according to a post on the DOE website.

Thales' ERTMS L2 system has been installed on the Pedralba-Orense section of the Madrid-Galicia high-speed line, marking the rail line extension project’s completion. The line has been extended by about 74 miles. Thales has also been in charge of the supply and commissioning of the train's safe detection systems by means of axle counters, switch drives, wheel sensors, auxiliary systems for detecting falling objects and fixed telecommunications.

HOK of St. Louis has hired Luke Bridle as transportation director. An architect focused on transportation infrastructure, Bridle has collaborated on the design of more than 60 mass transit and rail station projects around the world. His previous work includes the East End Gateway and MTA Long Island Rail Road concourse project at Penn Station and an expansion to Grand Central Terminal in New York City.