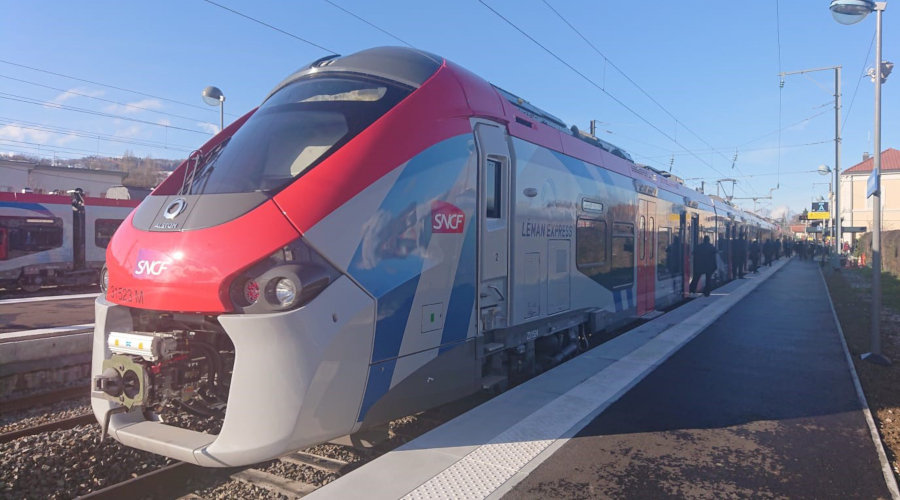 Alstom announced that a rail line integrated with the company’s traffic management system has opened between Roskilde and Koge in Eastern Denmark. The line is the first in Denmark to have the system and be equipped with a European rail traffic management system and onboard signaling solutions, Alstom officials said in a press release. Meanwhile, Alstom’s Coradia Polyvalent regional trains transported their first passengers at the official inauguration of Leman Express’ Franco-Swiss CEVA line, a cross-boarder service between France and Switzerland. Alstom deployed the complete on-board signal solution on 17 trains for the line, officials said in a press release.

Thales is working with the Hungarian National Infrastructure Development Co. to equip another 68 miles of track from Szajol to Debrecen, Hungary, with its European train control system. Thales previously modernized the Hungarian railway’s signaling system with electronic interlocking solutions, company officials said in a press release.

The Timken Co. marked its 120th anniversary of providing engineered bearings and power transmission products. Since the company was founded in 1899, Timken has broadened its expertise through in-house innovation and the acquisition of companies in complementary areas such as lubrication systems, coupling, belts and chains, Timken officials said in a press release.

Sperry Rail Inc. has relocated its headquarters to a new site in Shelton, Connecticut. Sperry consolidated its operations from three buildings to a two-building facility with office, warehouse and production space. A custom-designed structure was built to accommodate the operations, according to a company press release.

The National Railroad Construction and Maintenance Association (NRC) has named Lisa Roberts to its board. Roberts is general director of business development and marketing at Omaha Track Inc., where she's worked since 2013. Meanwhile, Dave Bergstrom, Curtis Bilow, Danny Brown, Jim Hansen, and Kevin Riddett were re-elected to the board.