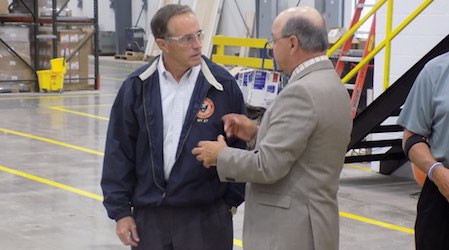 During his visit, Collins discussed "pressing rail and manufacturing issues" with rail industry stakeholders and local officials, according to a press release from the Railway Engineering-Maintenance Suppliers Association (REMSA), which coordinated the event.

Flexovit Chief Executive Officer Tom Calabrese led the tour of the 100,000-square-foot facility, which was severely damaged by severe snowfall in 2014. The company has been working "around the clock" to repair the facility and bring production back online, REMSA officials said.

Founded in 1977, Flexovit produces abrasive products for portable power tools. The company's grinding and rail-cutting products also were demonstrated as part of the tour. The company employs 80. 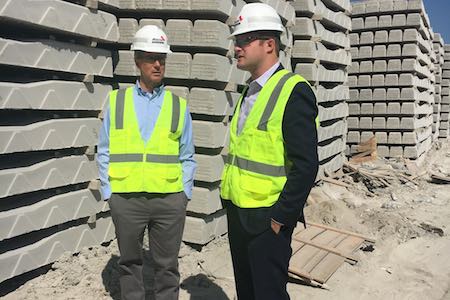 Rocla Vice President of Business Development Brett Urquhart led the tour and walked the congressman through the manufacturing process for concrete railroad ties.

The Amarillo facility was opened in 1999 to address the demands of Class Is and the increased use of concrete ties in transit projects, according to a press release from the National Railroad Construction and Maintenance Association, of which Rocla is a member.