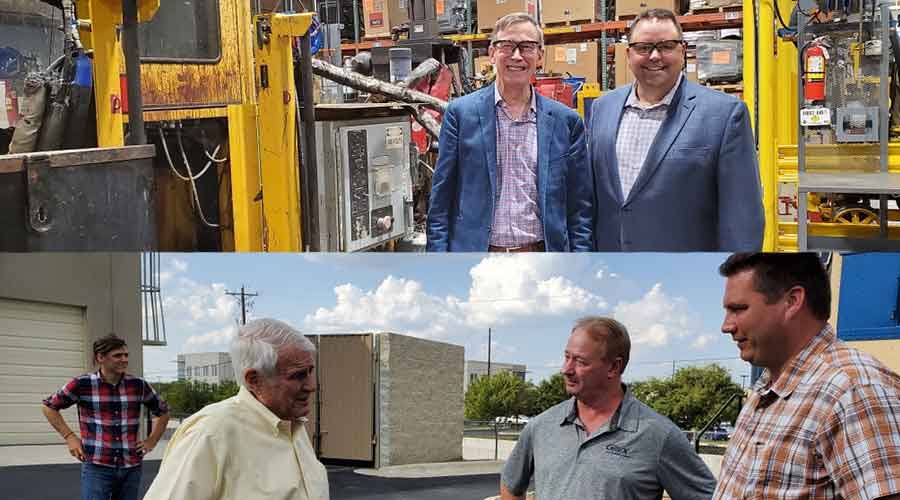 The tour further advanced Carter's support for the Building Rail Access for Customers and the Economy (BRACE) Act (H.R. 510), a bill pending in Congress that would make the 45G short-line tax credit permanent, he said in a press release issued by REMSA.

"It's time to bring this important legislation to the House floor," Carter said.

Established in 2005, the tax credit provides regionals and short lines 50 cents for each dollar they spend on track and bridge improvements, capped at $3,500 per mile. The credit has been extended many times over the years and last expired on Dec. 31, 2017.

Attendees thanked Tipton — who serves on the House Financial Services Committee — for being a cosponsor of the bill.

"Railroads have historically been a crucial part of the American economy and in order for them to continue in that role, Congress must pass common-sense legislation that promotes future investment into railroads, like H.R. 510," said Tipton in a REMSA press release.

The tour provided the governor another opportunity to learn first-hand about the issues impacting Colorado businesses, said Hickenlooper.

"Investing in and modernizing our infrastructure nationwide is absolutely essential to our ability to compete in the 21st century economy and combat climate change, and I appreciated hearing their perspective on how we can tackle those challenges," he said.