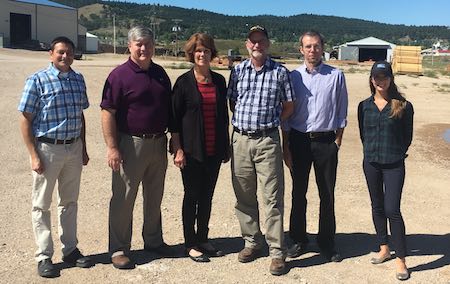 The senators' field representatives were joined on the tour by staff of U.S. Rep. Kristi Noem (R-S.D.) and the National Railroad Construction & Maintenance Association (NRC), of which Wheeler is a member.

Wheeler Vice President Jeff Parrett gave an overview of the company and its operations. He and Sales Manager Dave Koch then led a tour of the facility, which included the treating plant rebuilt in 2004 after a fire, NRC officials said in a press release.

It was around that time that Wheeler Lumber converted to copper naphthenate as the primary wood preservative. The material is "quickly becoming the preferred treatment for timber bridges," NRC officials said.