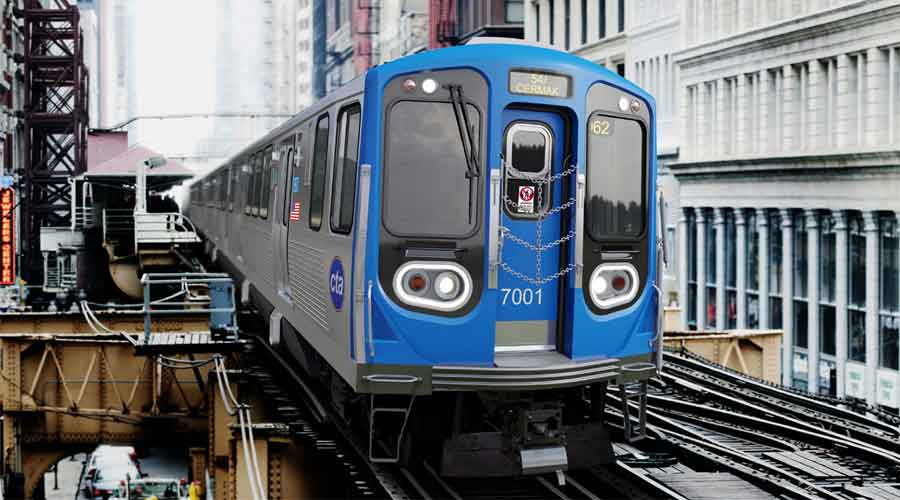 In 2016, CTA awarded the contract to CRRC for 840 of the new 7000 series rail cars, which will replace about half of the agency's current fleet. The prototypes were built using a majority of components sourced from U.S. suppliers, CRRC officials said. After prototype testing is completed, CRRC will transition into production of the next 400 7000-series rail cars, they said.

Tealinc Ltd. recently announced a revamp of its organizational structure, including the designation of three leads for each division: Kristen Kempson, director of marketing and sales, will focus on marketing the Tealinc brand, support customer equipment needs and facilitate new business development; Shannon Rodgers, director of operations, will lead management of Tealinc owned and managed rail assets to support customers' shipping needs; and Yvonne Lufborough, director of finance and administration, who will lead financial reporting including customer escrow accounting, and accounts payable and receivable.

Hitachi Rail has tested its first battery-powered streetcar in Florence, Italy. The trail involved installing battery packs on an existing Hitachi-build Sirio streetcar. The innovation allows power to be returned to the batteries when the train breaks, reducing the overall amount of energy consumed and protecting the environment, Hitachi Rail officials said in a press release. The development is latest announcement in the company's efforts to expand its zero-carbon offerings to customers. Hitachi recently announced the trial of a battery train in the United Kingdom and delivery of hybrid trains in Italy, having built one of the world's first battery powered train fleets that operates in Japan.