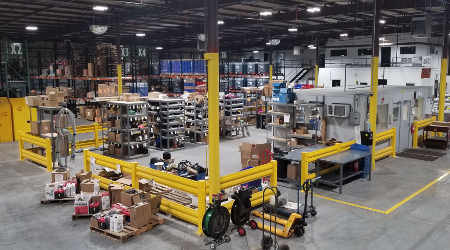 General Electric has selected H. Lawrence Culp to replace John Flannery as chairman and chief executive officer. Flannery was appointed to the position in August 2017. The news comes as GE continues to downsize and sell off its assets. Culp previously served as CEO and president of Danaher Corp., where he led a "successful transformation of the company from an industrial manufacturer into a leading science and technology company," GE officials said in a news release.

Stella-Jones Inc. has appointed Katherine Lehman chair. She has served on the company's board and audit committee since 2016. Lehman is managing partner at Hilltop Private Capital LLC, a private equity firm in New York City. Meanwhile, Stella-Jones' board has established a governance and nomination committee to oversee and implement compliance with corporate governance rules, principals and policies.

Appalachian Railcar Services LLC (ARS) has appointed Sean Kelly chief commercial officer. He'll lead sales and business development across all units. Before joining ARS, Kelly was director of sales at CSX, where he led the sales team to year-over-year revenue growth, according to an ARS press release. He also served as senior account manager of chemicals for CSX.