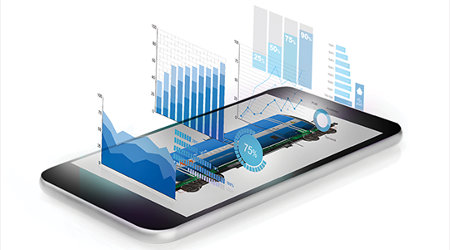 Amsted Rail has formed Amsted Digital Solutions to deliver the next generation of onboard telematics and wireless sensor products. The company has re-engineered its IONX telematics hardware and software to create an end-to-end platform for freight-rail cars and other unpowered assets, Amsted officials said in a press release. The digital solutions arm also is expanding its machine learning engineering team, rolling out a new generation of E-Series Internet of Things (IoT) devices and expanding its presence abroad.

Siemens and Alstom have jointly filed an application for merger control clearance with the European Commission. Due to extended pre-filing preparations and data gathering in multiple countries, the companies expect a delay of a few months, leading to a closing date during 2019's first half. The transaction is subject to approval at Alstom's July 17 shareholder meeting, according to an Alstom press release. The deal must be approved by "competition authorities," company officials added.

Rachel Burns, a railroader for more than two decades, has launched Railroad Signaling Solutions LLC, which provides a range of signaling and communications products and services nationwide. Specific products include rail signaling materials, signage, engineering services, signal maintenance and construction installations. Railroad Signaling Solutions is in the process of being certified as a woman- and minority-owned business enterprise. Burns previously served as national account manager for the railroad signaling devision at Cdl Electric, according to her LinkedIn page.

Fertilizer producer Mosaic Co. has presented its 2017 gold safety award to Road & Rail Services Inc. for its safety leadership and performance in Bone Valley, Florida. The award is given to companies that meet safety performance criteria, as well as Mosaic's safety compliance standards, according to a Road & Rail press release.