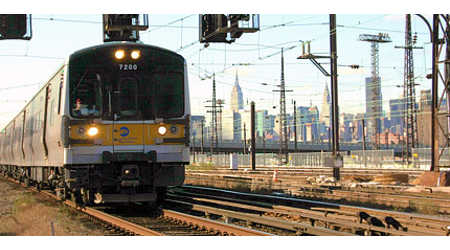 The Metropolitan Transportation Authority (MTA) is partnering with GPS software company Waze on an effort to boost grade crossing safety. As part of the initiative, Waze has integrated crossing warnings into its app at 10 locations along MTA Long Island Rail Road (LIRR). The warnings eventually will be integrated into all 296 LIRR crossings, MTA officials said in a press release. Crossing safety remains an area of concern as motorists — some of whom may be using GPS devices —inadvertently turn onto tracks instead of parralel roadways, agency officials added. Year to date through May 22, there have been two crossing accidents and 21 reports of cars on LIRR tracks.

Norwegian state-owned rail company Bane NOR has awarded a contract to Alstom to equip its entire fleet with the European Rail Traffic Management System on-board train control solution. As part of the agreement, Alstom will maintain the system for up to 25 years, company officials said in a press release. The installation of the equipment is expected to be completed by 2026. The new on-board system is designed to guarantee safe operations while reducing delays for passenger and freight services, Alstom officials said.

Suzanne Silverman has joined national law firm Kaplan Kirsch & Rockwell LLP as a partner. Her hire complements the firm's focus on legal services for rail, transit, transit-oriented development and other infrastructure projects, company officials said in a press release. Silverman previously served as senior director in New Jersey Transit's capital planning and programs department — a job she held since 2011. She also represented NJ Transit as a New Jersey deputy attorney general from 1993 through 2011. During her time with NJ Transit, Silverman worked on the Gateway Program, the Hudson Bergen light-rail project and other projects along the Northeast Corridor.