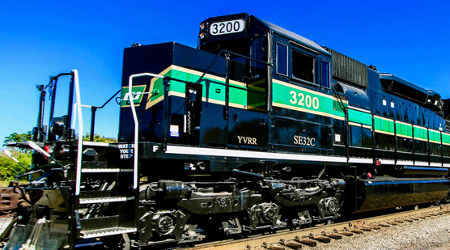 The Association of American Railroads (AAR) has certified TransRail Innovation Group's XLOAD sensor to begin pilot trials on tank cars shipping hazardous commodities such as crude oil and refined fuels. TransRail has begun pilot trials with four refineries and shippers in Canada and the United States. The digital sensor is used to measure and track commodities inside of moving tank cars. For example, shippers can use it to automatically detect, measure and report on the specific level and volume of crude oil that is loaded into a closed and sealed tank car. The sensor also could help shippers safely increase the volume of rail cars, which are often under-filled due to poor visibility of the commodity levels inside, according to a company press release.

Lockwood, Andrews & Newnam Inc. (LAN) has appointed Wayne Swafford president. He joined the firm in April 2017 as executive vice president. A structural engineer with more than three decades of experience, Swafford has managed the operations and finances of several companies, including Kaiser Foundation Health Plan Inc. He also served as senior VP at AECOM, where he was responsible for planning and designing transportation infrastructure in the Midwest, southeast and eastern United States.

Saft has obtained two contracts with Borri and the Kinki Sharyo Co. Ltd. to provide more than 150,000 backup batteries for Qatar Rail's planned Doha Metro rapid transit project. The batteries will be installed at the project's 37 stations and onboard trains to provide more than 100 million amp hours of backup capacity for three metro lines. Based on nickel technology, Saft's batteries feature better reliability and lifespan compared to lead-acid batteries, company officials said in a press release. Saft's batteries also remain functional in high operating temperatures. For the metro substations, Saft is supplying more than 140,000 of its Uptimax battery cells.  The company also will supply "plug-and-play" onboard battery systems for Kinki Sharyo's 75 sets of three-car driverless trains.

Hack Partners is organizing a HackTrain "hackathon" at the InnoTrans trade show, which is slated to take place Sept. 18-21 in Berlin. Activities will include developing new ideas for networked mobile solutions, according to an InnoTrans press release. Participants will then present their ideas at a forum, and the group with the most innovative software solution will be honored.