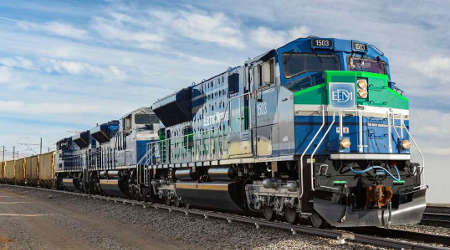 Progress Rail announced that it's contemplating closing its engine manufacturing facility in LaGrange, Illinois. The company is considering transitioning manufacturing and assembly to other U.S. facilities, including its plant in Winston-Salem, North Carolina. In addition, Progress Rail may transfer certain engine and locomotive component manufacturing to outside suppliers, company officials said in a statement. The company is "evaluating how to use its existing manufacturing space as efficiently as possible to remain a competitive supplier to the rail industry," Progress Rail officials said. The closure of the LaGrange plant would affect about 600 full-time jobs directly related to engine manufacturing, but would not affect other non-manufacturing jobs on the campus, including 600 administrative roles and engineering support roles.

A. Stucki Co. named Stephen Seccombe vice president of the Stucki Roller Bearing division in Elizabethtown, Kentucky. He'll manage a plant that supplies reconditioned bearings for railroads and other industrial companies, as well as nearby grating operations. Seccombe had been general manager of Seco Machine in North Canton, Ohio, since its acquisition by Stucki in 2010. He led Seco's expansion into new products and markets, and spearheaded several corporate initiatives, A. Stucki officials said in a press release.

The Railway Supply Institute (RSI) is accepting applications for its annual scholarship program, which has been renamed the Thomas D. Simpson Annual Undergraduate Scholarship in honor of former RSI President Tom Simpson, who has retired. The program provides a minimum of five college scholarships ranging from $2,500 to $5,000 to children of rail industry employees. Applicants must be the child or dependent of a current employee whose company is a member of RSI or one of the Coordinated Mechanical Associations. The application deadline for the 2018-2019 program is June 8, with winners announced in July. For more information, visit rsiweb.org/scholarship.