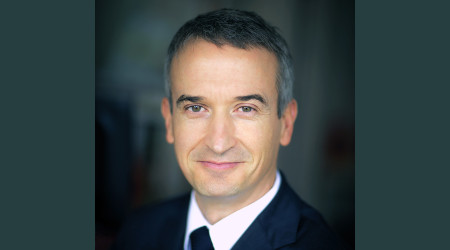 Transdev North America has named Yann Leriche chief executive officer. He will oversee all Transdev subsidiaries and operations in the United States and Canada, including contracts for streetcar, light-rail, bus and paratransit services. Leriche will remain head of global on-demand transportation business lines, as well as lead global development for autonomous vehicles. For the past three years, Leriche has served as the global chief performance officer for the Transdev Group. As CEO, he succeeds Mark Joseph, who was CEO for the past 16 years. Transdev's contracts include a $38 million agreement with the Southwest Ohio Regional Transit Authority to operate the Cincinnati Bell Connector streetcar system.

For The Greenbrier Cos. Inc.'s fiscal-year 2017 third quarter ended May 31, the company reported net earnings of $32.8 million, or $1.03 per diluted share, versus $35.3 million, or $1.12 per diluted share, during the same period last year. Greenbrier logged quarterly revenue of $439.2 million, a decrease from $612.9 million in third-quarter FY2016. The new rail-car backlog as of May 31 was 31,000 units with an estimated value of $3.1 billion. That marked growth from Feb. 28, when the company reported a backlog of 22,600 units estimated at $2.44 billion. Since the beginning of the year, Greenbrier's leaders have observed sustained and increasing rail-car loadings across commodity types, as well as decreasing rail velocity. Both are "positive indicators for the near-term demand environment," said Chairman and CEO William Furman in a press release. Meanwhile, Greenbrier announced that former Kansas City Southern CEO David Starling was elected as an independent director on the company's board. Wanda Felton also was elected to the board. Felton previously served as first vice president and vice chair of the Export Import Bank of the United States.

A New York City-area passenger railroad has acquired Strukton Rail North America Inc.'s remotely controlled ZKL 3000 RC shunting devices. The railroad will use the technology to further improve the safety of its track workers and reduce downtime of the network, Strukton officials said in a press release. The ZKL unit is a preinstalled shunting device from the company's technology partner Dual Inventive. Once installed, the shunt removes the need to enter the track to place or removing other shunting devices. Clients can use a smartphone or tablet app to operate the device. Strukton didn't name the railroad in its press release.

Kontron announced it will merge with S&T Deutschland Holding AG. The merger was resolved at the companies' annual general shareholder meetings earlier this month, Kontron officials said in a press release. Kontron will use S&T Group's knowledge to extend its portfolio of software applications and services. Kontron is a provider of embedded computing technology products.

Siemens has sold its 500th electric Vectron locomotive, the company announced earlier this week. The unit is part of an eight-locomotive order by European Locomotive Leasing, which is Vectron's largest customer. The locomotives will be leased to Czech railway carrier Ceske drahy for passenger service on the Prague-Berlin route. Vectron locomotives have been approved for operation in Austria, Bulgaria, Croatia, Switzerland, Turkey and other European countries.