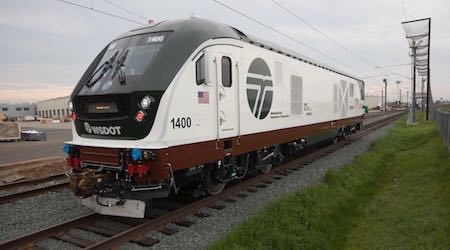 Siemens has finished building its first Charger locomotive for the Washington State Department of Transportation (WSDOT), the company announced yesterday.

The new diesel-electric unit will be used for Amtrak's Cascades service that runs between Eugene, Ore., and Vancouver, British Columbia, Siemens officials said in an email.

WSDOT has ordered eight Charger locomotives from Siemens, which has been tapped to build the units for five other states.

In 2014, a multistate coalition led by the Illinois Department of Transportation ordered the first Charger locomotives under a $225 million contract. Additional units were later ordered for use in six total states.