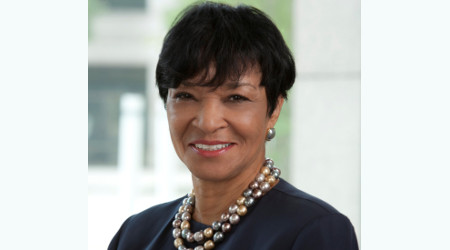 AECOM has hired former Federal Transit Administration (FTA) head Carolyn Flowers to lead the firm's transit practice in North America. She brings a "unique understanding of client needs and stakeholder expectations" regarding policy, public-private partnerships and collaboration, said Fred Werner, president of AECOM's design and consulting services, in a press release. Before Flowers' time at the FTA, she served as chief executive officer and director of public transit for the Charlotte Area Transit System. She began her public transit career in 1993 at the Los Angeles County Metropolitan Transportation Authority.

Alstom and the San Francisco Municipal Transportation Agency (SFMTA) have signed a two-year, $15.67 million contract extension for an inventory control program aimed at improving the agency's rail fleet availability. SFMTA's fleet — which is composed of 151 light-rail vehicles, 26 historic streetcars and 40 cable cars — requires a continuous supply of spare parts and inventory from a variety of vendors, Alstom officials said in a press release. The company's Vendor Managed Inventory program identifies the most critical and most used parts, manages the purchase of train parts, and provides reverse engineering for parts that are unavailable or obsolete.

Siemens obtained a contract with Austrian Railways for the delivery of up to 200 Vectron locomotives. An order for 30 multisystem locomotives was placed at the signing, Siemens officials said in a press release. The units will be built at the Siemens plant in Munich. The first locomotives are slated for delivery in summer 2018.

The Railway Supply Institute (RSI) is now accepting scholarship applications for the 2017-18 school year. The RSI Undergraduate Scholarship Program provides college scholarships ranging from $2,500 to $5,000 to children of employees in the rail supply industry. Applicants must be the child or dependent of an individual working for a company that's a member of RSI or one of the Coordinated Mechanical Associations. The application deadline is June 7. Winners will be announced in July. More information can be found on RSI's website.