The agreement is the first North American rail contract for the company, a division of United Kingdom-based FirstGroup. 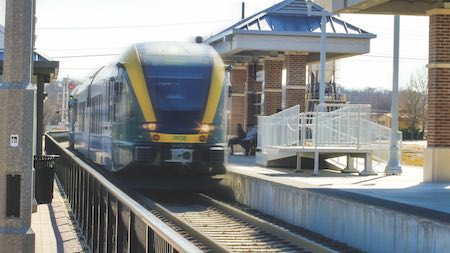 The line also connects with the Dallas Area Rapid Transit (DART) at its Trinity Mills Station in Carrollton, Texas, where passengers can transfer to DART's Green Line and get access to the Dallas-Fort Worth Area.

"We have a great deal of rail expertise in the U.K., and look forward to bringing it to the citizens of Denton County," said First Transit President Brad Thomas in a press release. "With our extensive rail operations, including passenger high-speed and commuter, and our strong relationship with DCTA, this is a natural fit."

Fort Worth, Texas-based Rio Grande Pacific Corp. (RGPC) and CTC Inc. will support First Transit as service partners and provide dispatching, maintenance of way and signaling services. For its part, CTC will oversee the operation and maintenance of the A-train's signaling systems and grade crossings, as well as the implementation of positive train control. The engineering firm last fall was tapped to provide signal systems enhancements to the A-train.