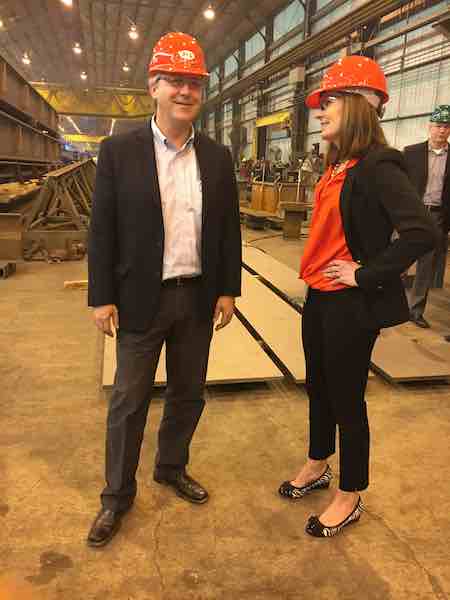 The company, which is a member of the National Railroad Construction & Maintenance Association (NRC), has provided steel products for a number of bridges in the United States' rail network.

Other attendees on the tour included Donna Kush, VP of public affairs-Northern region at Union Pacific Railroad; Keith Siebels, VP of sales at PVS; and Lindsey Collins, VP of grassroots advocacy at the NRC.