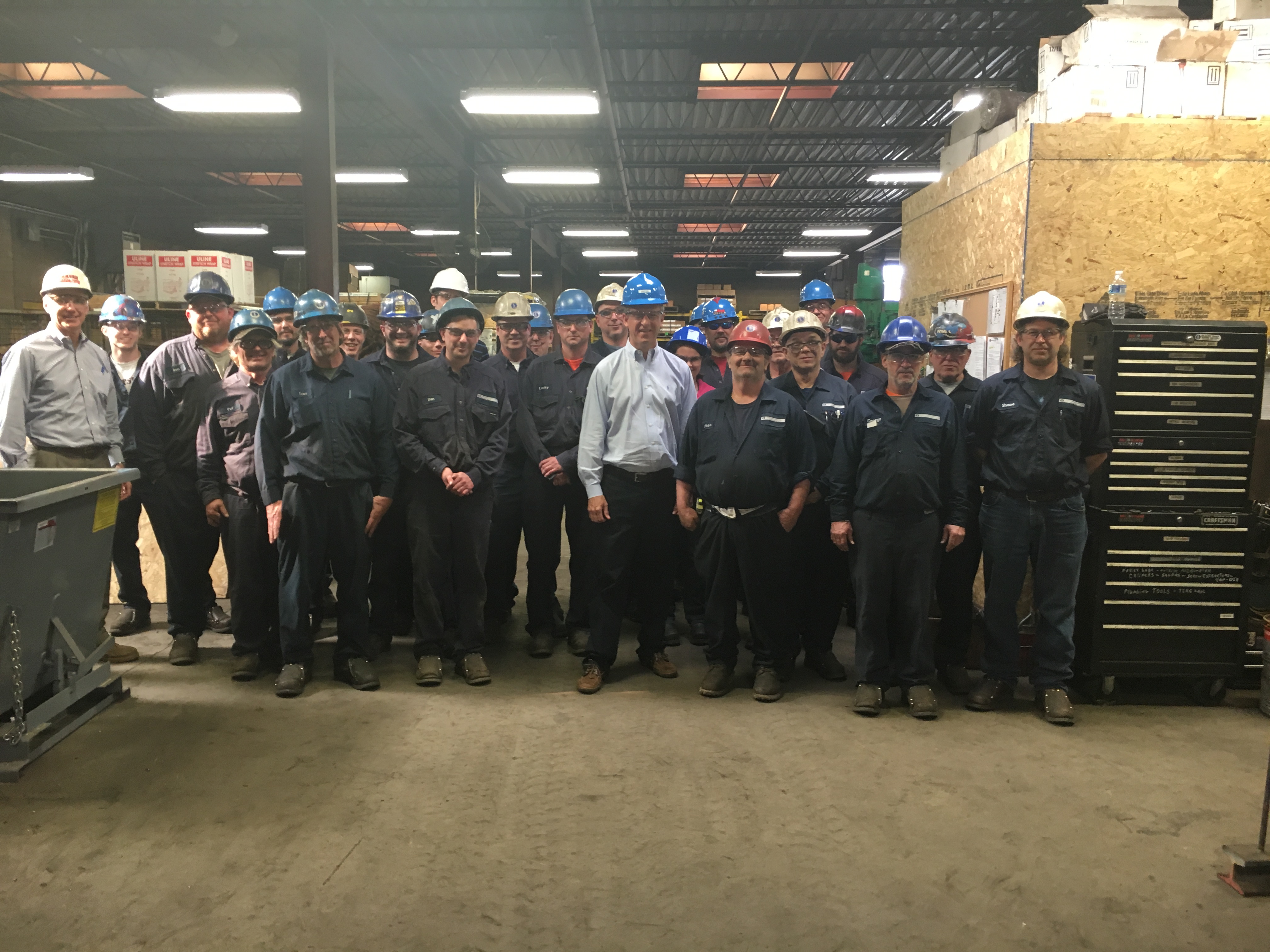 "I'm committed to expanding skilled jobs like the ones at Atlantic by supporting policies such as extending the short line rail tax credit, which would help create these jobs and further promote rail," Cartwright said.

Meanwhile, U.S. Rep. Frank LoBiondo (R-N.J.) joined NRC member Railroad Construction Co. of South Jersey (RCCSJ) for a March 4 tour of the company's facility and project at the Port of Paulsboro, N.J., according to an NRC press release.

The facility has more than 14 acres of storage yard, a 60,000 square foot warehouse, a 13,000-square-foot mechanic's garage, 20,000 square feet of covered storage, a fully equipped training facility, and a new office building. LoBiondo learned about the construction of a new marine terminal at which 14,000 feet of new track and nine turnouts are being built.

"I appreciated the opportunity to tour the Port of Paulsboro and the detailed briefing on current and future plans which would greatly benefit South Jersey's economy," said LoBiondo. "This substantial investment will create local jobs and new opportunities for businesses in Gloucester, Salem and neighboring counties. During my visit I reiterated my willingness to be a partner with the Railroad Construction Company of South Jersey on this and additional projects."

LoBiondo's "support of these critical infrastructure projects is helping to create much needed long-term sustainable jobs for New Jersey and helping small family owned businesses like ours succeed and grow," said Daloisio, who chairs the NRC board.