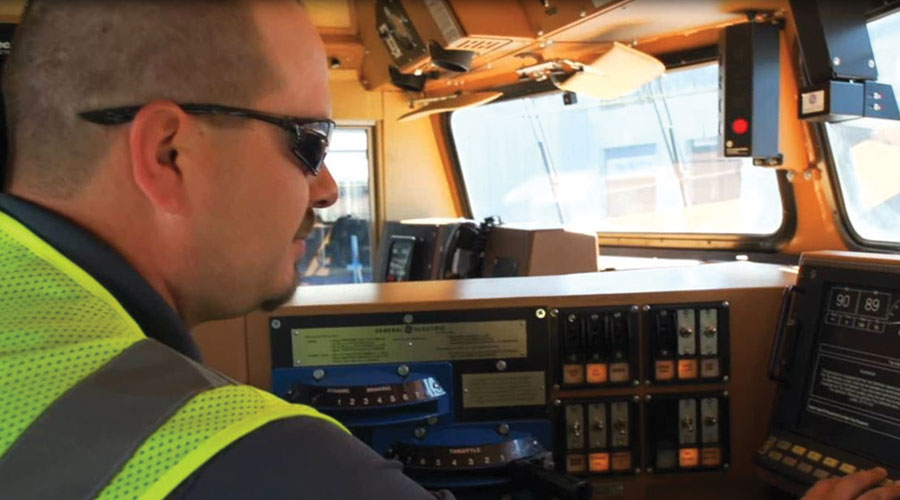 Fuel costs typically are staggering for many railroads since they continue to rely on diesel locomotives. Collectively, they spend billions of dollars each year.At least lower average diesel prices, reduced gross ton-miles or ridership and improved fuel efficiency helped drive down that major chunk of their annual expenses last year.

Although diesel expenses haven’t been hard to take of late, market factors can change quickly and pump up costs. So railroads will continue to focus on conservation and efficiency efforts to reduce fuel consumption. They’ll also keep turning to the supply community for assistance.

Progressive Railroading recently contacted a number of fuel management equipment suppliers to share their latest offerings for railroads. Following are emailed responses from seven of them.

Trains are typically built with enough horsepower to achieve a minimum speed on the ruling grade of a planned route. This helps prevent stalls, but leads to excessive horsepower on almost all other parts of a route. Excess horsepower results in reduced fuel efficiency and increased greenhouse gas emissions.

A solution to this problem is Wabtec’s Trip Optimizer™ SmartHPT (Horse Power/Ton). The device’s functionality enables a railroad to set a horsepower limit that will allow SmartHPT to either isolate, idle or horsepower-limit a train to save more fuel than Trip Optimizer can alone.

SmartHPT is in use at several railroads worldwide. In the United States, the standard version of SmartHPT — which is certified by the Environmental Protection Agency (EPA) for emission reduction — has proven to reduce fuel burn by 5%, Wabtec officials said.

New versions of SmartHPT are currently being deployed with more flexibility for use of horsepower limits, improved interoperability of mixed consist trains and reduced onboard hardware requirements. Wabtec plans to monitor results from these deployments and work with the EPA for additional certifications in the future.

Railroad customers also are seeking the ability to use Trip Optimizer from stop to stop, or what Wabtec characterizes as zero-to-zero operation. This brings additional automation to a freight railroad and allows Trip Optimizer and SmartHPT to remain in auto mode longer, saving even more fuel, Wabtec officials said. The global production launch of this functionality is underway, with the full release expected in 2022. 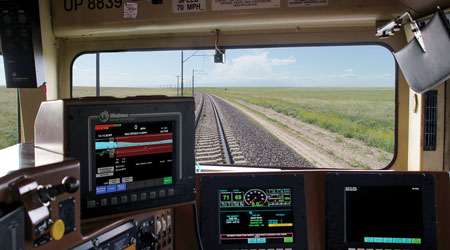 Safely running long and heavy trains is of great interest in the precision scheduled railroading world, where maximizing asset utilization is key. Customers report they are running longer and heavier trains with no derailments or break-in-twos, and credit LEADER’s ability to accurately predict run-in and run-out impacts, NYAB officials said. Actions can be taken in real time to minimize in-train forces, regardless of power distribution or consist. 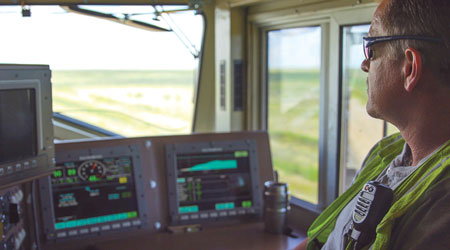 Progress Rail aims to be at the forefront of railroad automation initiatives to help customers better optimize operations and efficiency. The company’s products are designed to improve the capacity and fuel efficiency of railroads, resulting in a greener and more sustainable operation.

As automation becomes an integral part of operations, Progress Rail strives to further improve the efficiency and fluidity of railroad networks by connecting a movement plan to Talos train automation to further optimize a “meet and pass.” During a meet-and-pass situation, Movement Planner can optimize a train’s speed while Talos EM controls fuel consumption, thereby avoiding a delay caused by one train waiting for the other. That can potentially result in an additional fuel consumption decrease of about 20%, Progress Rail officials said. 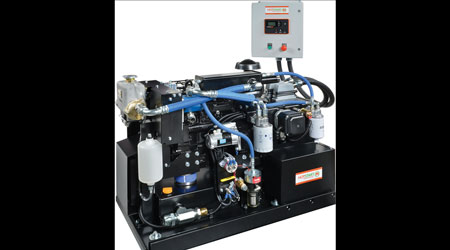 The Hotstart APU consumes only a half gallon of fuel an hour to help maintain the heat needed for startability in remote locations.
Hotstart Thermal Management

The company’s idle reduction systems play a key fuel management role for Class Is and short lines during cold weather, Hotstart Thermal Management officials said. A Hotstart system can replace the need to idle a locomotive by keeping the prime mover warm and ready to start.

Locomotive engines typically use three to six gallons of fuel per hour while idling, depending on the make and model. The Hotstart APU consumes only a half gallon of fuel an hour to help maintain the heat needed for startability in remote locations.

And for locomotives that are parked in a yard at night, electric heating systems such as Hotstart’s DLV Dual Fluid Heater or CLV Single Fluid Heater can help keep engines warm with no fuel required, company officials said. Depending on the cost of diesel and the resulting savings from fuel management, an investment in a Hotstart idle reduction system can be recouped within a few winter seasons, they added. 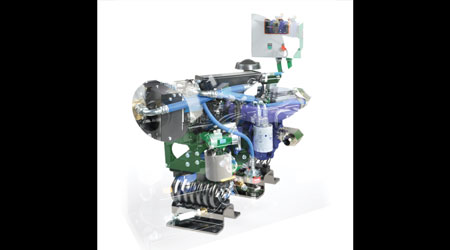 The Powerhouse Hybrid can run off of locomotive batteries for up to seven days without starting the engine.
Power Drives Inc.

Oftentimes, calculating the return on investment in a new technology is difficult. Thankfully, when it comes to fuel-saving idle reduction technologies, the return is more clear.

If the new technology can also eliminate maintenance concerns with existing products — such as having to maintain an additional engine on a locomotive and ensuring that the battery bank is adequately charged — then it’s a “no-brainer,” PDI officials said.

The PowerHouse system is designed to heat the engine oil and circulate heated coolant through the locomotive engine block and cooling system to maintain a fluid temperature above 100 degrees F — even in the coldest temperatures — via a diesel fired heating unit.

Actual customer savings have surpassed their investment in as few as three months, PDI officials said. More Class Is and short lines realize how the one-time purchase saves them money and maintenance time over the long haul, with typical fuel usage savings of over 10,000 gallons in just one season, they added. 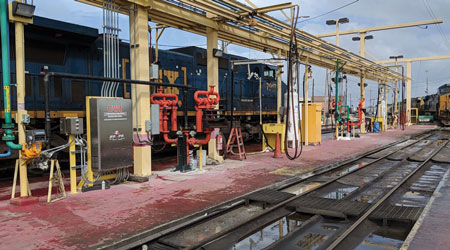 At its core, RYDM is run with Allen Bradley Micrologix PLCs and uses single cellular points to communicate fuel data back to CWI servers for instant online access to all site-generated data.

At a locomotive service center, CWI strategically installs tag readers at the limits of each service track to automatically scan entering locomotives and attribute fueling event data to that specific locomotive, company officials said. After a locomotive is hooked up to a fuel nozzle, a worker uses local HMI touch screens to hit start.

Railhead provides an ultrasonic fuel sensor designed to provide locomotive fuel level data to the remote monitoring system for display in a back office.
Railhead Corp.