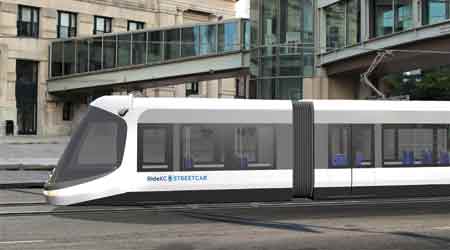 The popularity of streetcars as a mechanism for drawing residents, visitors and businesses to downtown areas continues to spread across the United States. Dozens of cities now are home to streetcars, and another 30 are designing or building new systems, or expanding existing lines.

In just the past two years, the streetcar renaissance has led to new lines in Salt Lake City; Dallas; Atlanta; Tucson, Ariz.; and Charlotte, N.C. Cities with lines under design or construction include Los Angeles; Seattle; Detroit; Cincinnati; Milwaukee; Kansas City, Mo.; and Fort Lauderdale, Fla. Others — St. Louis; Baton Rouge, La.; and Minneapolis, among them — are studying the possibility of launching streetcar lines.

Less expensive to build than light-rail or subway systems and less likely to be moved or rerouted than bus lines, streetcars can help attract residents, tourists and businesses along the routes. Another major component of the streetcar trend is the transportation mode’s use as a tool to revive downtown districts to make them attractive places to live, work and visit, proponents say.

"Good streetcar systems are planned along urban corridors where development is already happening or it is anticipated to happen," says Michael Townes, senior vice president and national transit market-sector leader of HNTB Corp., a design and engineering firm working on a number of U.S. streetcar projects. Planners typically try to locate streetcar systems in dense areas where they’ll circulate among employment, residential, commercial, health care and educational activities, he adds.

The trend raises a classic chicken-and-egg question: Are cities building streetcars lines to transport people to businesses and venues, or to attract developers who will build or rejuvenate urban corridors that will attract people? Typically, it's a mix of both, says Townes, who helped author a recent HNTB white paper on streetcars and transit-oriented development.

"Elected officials are looking to serve both of those needs, so they want a streetcar system to be planned so that it facilitates development but also meets the perceived and real needs of serving a particular corridor," he says. "Good planning takes all of that into account."

Even in cities where proposed streetcars have been controversial (which is pretty much all of them), developers are rarely among the naysayers, says Townes. A case in point: M-1 Rail’s 3.3-mile circulating streetcar now under construction in Detroit. Business leaders pushed the project hoping it would help jumpstart a revival of Woodward Avenue and contribute to the city’s economic recovery. The $137 million project is expected to spur $500 million worth of development in the corridor, according to HNTB.

In Milwaukee, developers helped sell to a wavering city council a plan to build a new streetcar line that would connect the city's lower East Side with an Amtrak station just south of the downtown. The council's vote of approval followed an acrimonious, decades-long debate over the project, which is now in the final design phase.

What is it about streetcars that developers find appealing? Permanence, says Townes. Once the track is installed, it's hard for cities to dig it up and move it. That sense of permanence signals to developers that a community is committed to making the streetcar route a success. When cities are willing to invest in track and stations, developers take notice.

But it takes more than a "build-it-and-they-will-come" approach to use a streetcar as a successful transit-oriented development (TOD) tool, Townes cautions. There are some best practices that cities must apply if they want people to ride the streetcar and developers to invest and build around it, he says.

According to HNTB, those efforts should include:

• zoning policies and financial incentives that encourage private developers, such as the sale of publicly owned land at attractive prices, long-term development rights on public land, and public-private procurement;

• a mix of land uses that cover the "live, work, play" spectrum;

• developer involvement in the project early on in the planning process;

• city support for existing businesses along the streetcar route during the disruptive construction period;

• hybrid systems that combine an on- and off-wire (no overhead contact system) route; and

• integration with the rest of the community's transportation network, such as bus routes, light-rail transit or commuter rail.

"High-capacity rail and bus routes must be efficiently linked to the streetcar network to provide for seamless transfers between modes," according to HNTB's white paper.

To that end, the streetcar’s fare policy should provide the rider with one pass that can be used for all transit purposes. Also, streetcar systems should make real-time arrival and departure information easily accessible to customers, Townes adds.

"Portland placed [the line] specifically for that purpose and connected it with the rest of the city’s transportation network to make it a viable system and provide access to areas with significant development," he says.

One city that appears to be applying the best-practice approach is Kansas City, Mo., where construction of a two-mile downtown streetcar starter line is on target for completion this fall.

"We have over 80 percent of the embedded track installed, over 80 percent of overhead poles and foundations installed, and overhead wire is being installed as we speak," says Tom Gerend, executive director of the Kansas City Streetcar Authority, who spoke to Progressive Railroading in mid-June. "Our vehicle maintenance facility is also at about 80 percent complete."

When the KC Streetcar begins revenue service in 2016, the north-south route will travel in mixed traffic along Main Street and connect the River Market to Crown Center and Union Station. It will serve the Central Business District, Crossroads Art District, and Power and Light District, as well as numerous businesses, restaurants, art galleries, educational facilities and area residents. The streetcar will consist of four vehicles, and will make 16 stops.

The $102 million project is already being credited with stimulating development in the area. Since the project began, about $1 billion in new investment has entered the downtown picture; about $381 million of that is due to the streetcar line, authority officials say.

"We are seeing development levels and transformation of properties at a rate and scale that we’ve never seen before," says Gerend.

The activity includes mixed-use projects that will feature multiple floors of residential units and ground floors reserved for retail. Over 3,000 new dwelling units are under construction in the streetcar corridor. Older buildings that have been largely vacant are being repurposed into office space.

"It's been a combination of residential and commercial, but I would say residential has been the primary driver," says Gerend. "The demand for residential development downtown has been overwhelming."

The streetcar corridor will help the city leverage existing civic assets and amenities — the Sprint Center, Power and Light District, Union Station and River Market, for example — to help attract visitors and new residents to the downtown, he says.

KC Streetcar: A catalyst for growth?

Civic leaders view the KC Streetcar as a long-term catalyst for future growth. Currently, more than 87 projects are advancing within the transportation development district that city planners established to fund the streetcar project.

"We anticipate the energy will only continue to increase, as folks see the value and benefits of the transit investment, as well as other adjacent improvements that are being made to public and private properties," Gerend says.

He agrees that cities have to put meaningful TOD policies in place.

"We acknowledge that it's not just about the rail in the ground," he says.

For example, Kansas City officials changed zoning policies along the corridor to allow for higher density development and removed certain impediments — such as costly parking requirements — that could unnecessarily add to a project's cost.

Still, the KC Streetcar's naysayers and nonbelievers remain, particularly as city officials and business leaders discuss possible future expansion of the line. “There is always opposition,” HNTB’s Townes says. “That’s a healthy thing. These [proposals] do need to be reviewed openly and the questions need to be analyzed. But, at the end of the day, we have seen over and over again that well-planned transit developments — and, lately, streetcar developments, specifically — have returned their value of investment.”