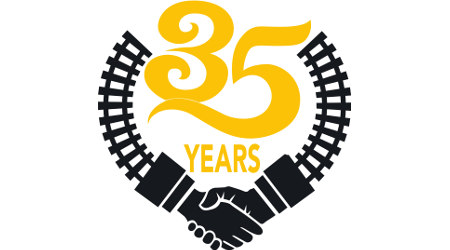 On July 1, Watco Cos. LLC marked its 35th anniversary. The company was launched in 1983 by founder Dick Webb as an industrial switching operation in DeRidder, Louisiana.

Now, Watco has grown from one to more than 4,000 customers, from 14 to 5,200 employees, and from one to 202 operations, including 38 short lines. The company provides rail, switching, terminal and port, mechanical and other services in 37 states and four countries.

Watco began to grow in 1985 by adding a rail-car repair shop. Then in 1987, the company acquired its first short line, the South East Kansas Railroad, which later became the South Kansas and Oklahoma Railroad.

Because of its success in moving grain with CBH Group in western Australia, Watco is prepping to transport grain along the nation's east coast. The company recently signed a contract with GrainCorp to handle its grain movements in Queensland, Australia's second-largest state that's three times larger than Texas.

Watco will provide rail service to grain terminals in Mackay, Gladstone and Fisherman Island. As part of the agreement, the company will purchase eight locomotives from NRE and acquire new rail cars from a Chinese supplier. Because of the time necessary to obtain the rolling stock, grain service with GrainCorp is projected to start in fourth-quarter 2019, according to an item in Watco's July newsletter.