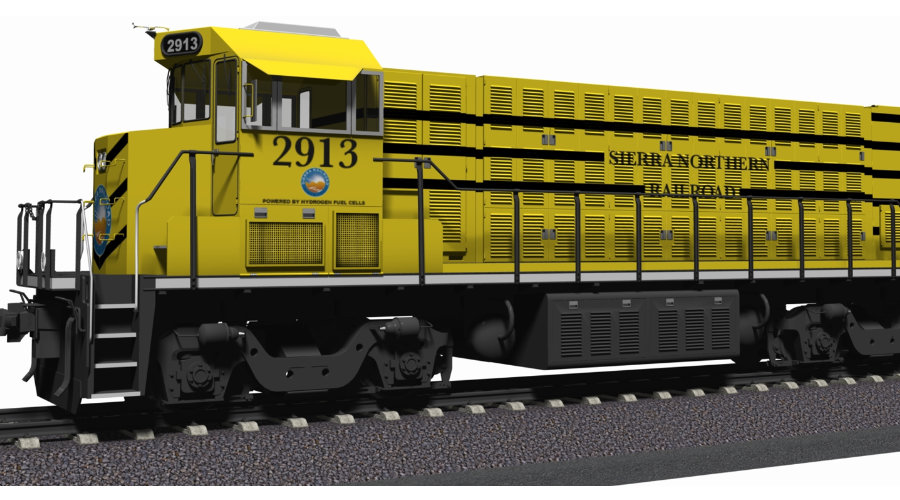 Sierra Northern Railway and GTI have been awarded nearly $4 million by the California Energy Commission (CEC) to build and test a hydrogen fuel-cell switching locomotive.

The locomotive will demonstrate the potential of hydrogen fuel-cell technology to reduce transportation air pollutants and greenhouse gas (GHG) emissions.

The funds will be used to retire a Tier 0 diesel locomotive and replace it with a zero-emission switching locomotive using advanced hydrogen technology. The project involves the integration of advanced hydrogen fuel cell, hydrogen storage, advanced battery and systems control technologies to provide an alternative to diesel-powered locomotives, Sierra Northern officials said in a press release.

Short-line and switching locomotives account for a significant portion of freight in California and operate on the first and last miles of the national freight network. As a result, short-line operations make an excellent testbed for the demonstration of zero-emission technologies, they said.

"We believe this project will help lead the switching locomotive industry to an emissions-free pathway in all ports in the state of California," said Kennan Beard III, president of Sierra Northern Railway.