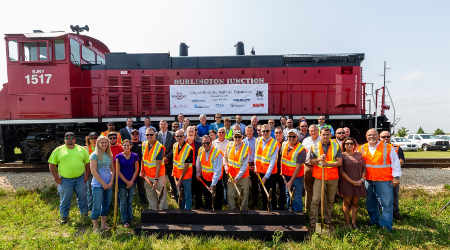 City of Rochelle Railroad broke ground last week on a $7 million expansion in the Illinois city.

The project is being funded by the U.S. Department of Commerce's Economic Development Administration (EDA), which is contributing $3.42 million; the Illinois Department of Transportation (IDOT), $2.58 million; and the city of Rochelle, $1 million.

"We are very fortunate to have partners like the EDA and IDOT to advance the infrastructure we need to continue growing our industrial base," said Rochelle City Manager Jeff Fiegenschuh in a press release.

The city-owned short line has attracted 14 businesses and generated millions of dollars to the local tax base, city officials said.