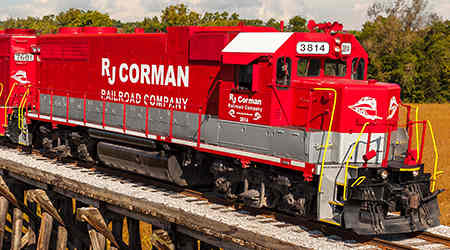 R. J. Corman Railroad Group LLC announced earlier this month that it is discontinuing efforts to establish an intermodal port on the Cumberland River in Clarksville, Tenn.

Based on rising construction costs, the project no longer is a viable economic benefit for the company, R. J. Corman Chairman Fred Mudge said in a press release.

Nyrstar owns and operates a dock and conveyor system on the river that R. J. Corman intended to utilize and expand into a larger facility. The expansion would have included a 55-railcar capacity loop track, on-site storage space, several additional conveyors and multiple pieces of heavy equipment.

The facility would have served businesses in the Clarksville and Montgomery County area.

Initial cost estimates for the project were $7.5 million, with $6 million in funding set to come from the Congestion Mitigation and Air Quality program via the Tennessee Department of Transportation. R. J. Corman pledged $1.5 million toward construction of the port and an additional $4.7 million in assets required to perform daily operations of the facility.

But costs continued to increase to more than $11 million, creating a $3.5 million deficit in funding, R. J. Corman officials said.