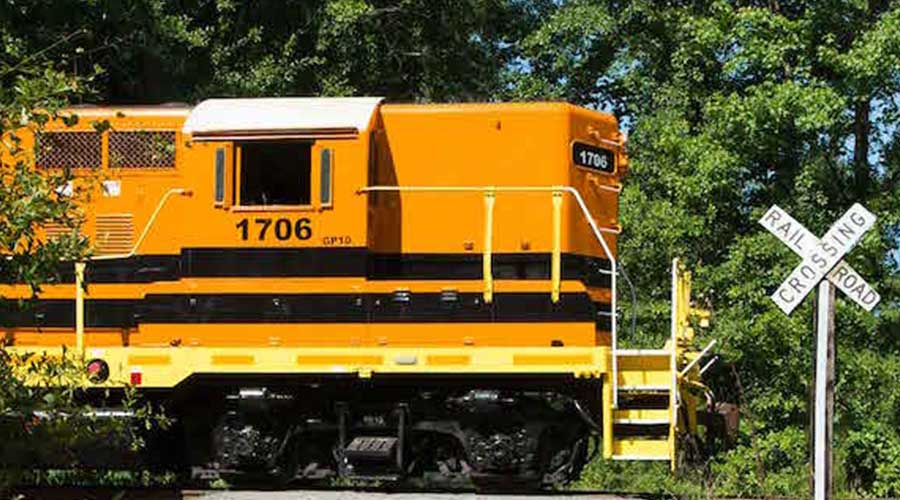 The ORDC approved a $10,240 grant award to the IORY and HSVR for the repair of a connecting track between the two railroads. The track is out of service, which prevents the HVSR from receiving passenger-rail cars for its excursion operation.

In addition to the ORDC funding, the IORY will perform labor on the project and the HSVR will contribute materials.

"We greatly appreciate ORDC and Hocking Valley working with us to come up with a solution to this project," said Charles Hunter, assistant vice president of government affairs for IORY parent company Genesee & Wyoming Inc., in a press release. "While we do not serve any freight customers along this connecting track, we recognize Hocking Valley as a nonprofit that brings value to the community and the region and we wanted to help them out."

To Menard Inc., the ORDC awarded a $175,000 grant to help fund construction of rail infrastructure at the company's proposed site near Ravenna. Menard plans to invest $50 million to build a truss plant, concrete plant, bagging plant, transload operation and crossdock facility to support its Midwest expansion.

"This project will service our northeast Ohio/western Pennsylvania retail stores," said Nick Brenner, real estate representative for Menard Inc. "The 65-acre site requires rail and involves a little more than a mile of track rehab that we are working on with the Wheeling & Lake Erie Railway."

Meanwhile, the ORDC awarded $75,000 to Mennel to fund an expansion of on-site rail infrastructure needed to accommodate a $9.5 million expansion of two company facilities in Fostoria. The expanded facilities will serve a new, national customer, company officials said.

"Our project includes a rail spur coming off the Norfolk Southern Railway track to service one of our facilities and will allow us to rail flour directly to the facility for a large flour packaging operation across the street from the mill," said Rob Hammer, logistics director at Mennel Milling. "We are making a $300,000 investment in the rail alone."