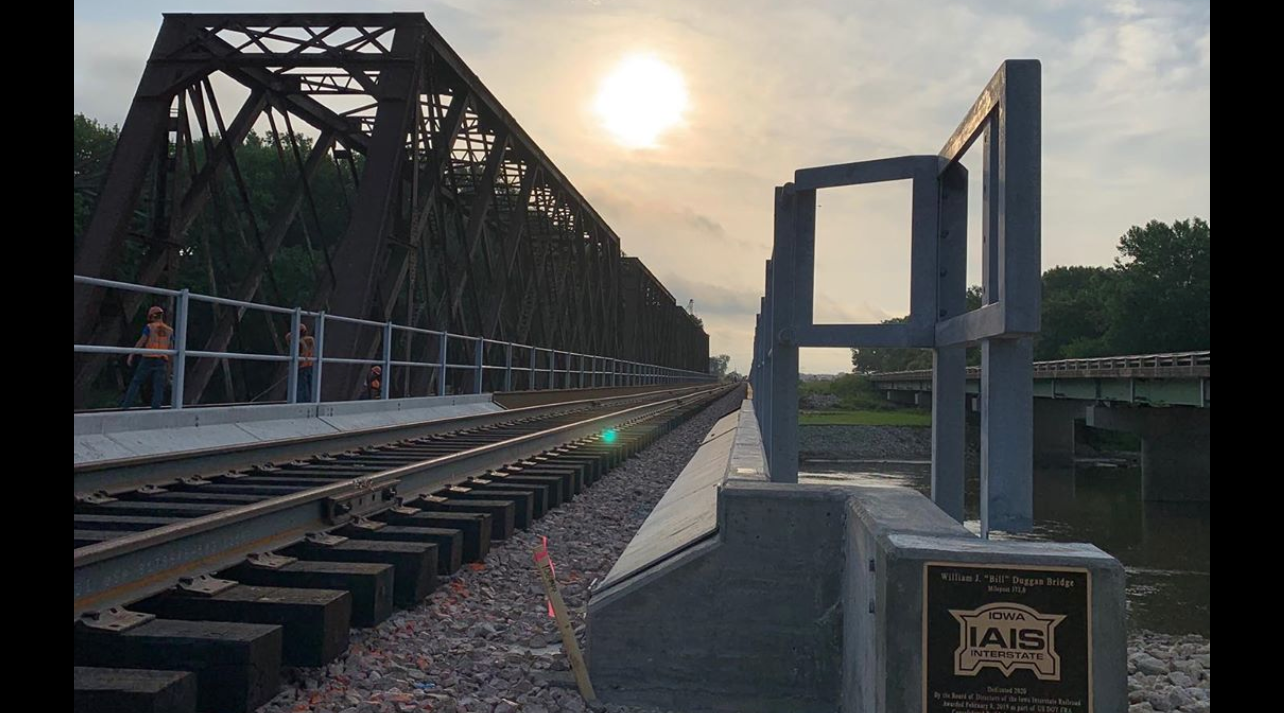 The Federal Railroad Administration funded half of the project costs through a $3.5 million Consolidated Rail Infrastructure and Safety Improvements grant. IAIS funded the remaining costs.

The bridge is dedicated to Bill Duggan, who served as IAIS’ vice president of engineering and VP of operations, and then later VP of operations of IAIS’ parent company Railroad Development Corp.

“After the bankruptcy of our predecessor the Rock Island in 1980, the IAIS route was deemed unnecessary and nearly liquidated, In fact, parts of the railroad stood idle until 1984,” said IAIS Chairman Henry Posner III.

Duggan came to IAIS from the Illinois Central Railroad in 1989, and was tasked with keeping the railroad running with very limited traffic and funding.

“We have evolved into today’s strong, stable, resilient route connecting Iowa and Illinois to the world because of the foundation — both physical and cultural — laid by Bill,” Posner said.