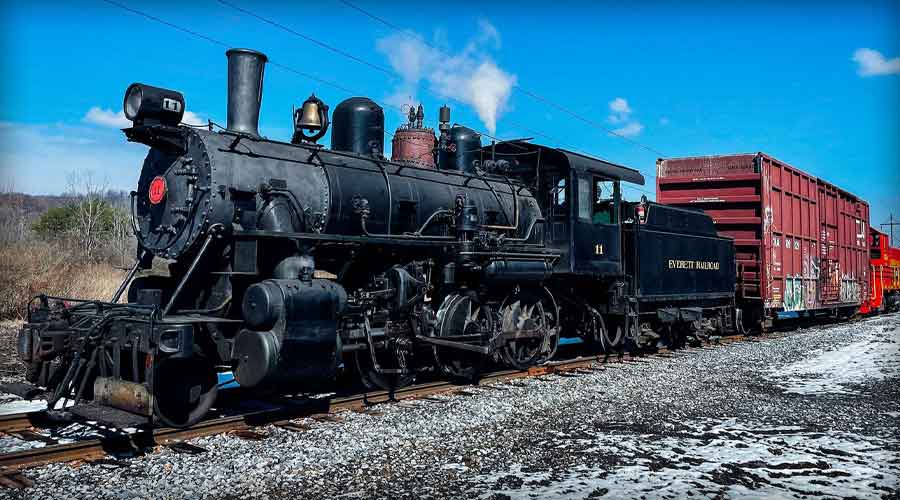 The Everett Railroad Co., working with rail preservation contractor FMW Solutions, has converted the short line's historic 1920s steam locomotive No. 11 back to fuel oil to improve the unit's performance as part of a tourist attraction in Hollidaysburg, Pennsylvania.

FMW performed the engineering and design work for the drafting changes in the locomotive smokebox, which included a new exhaust nozzle and petticoat extension without needing to alter the original smokestack, FMW officials said in a press release. The company also provided guidance for firebox and firepan modifications that Everett Railroad performed in-house.

Everett Railroad constructed a new oil tank for No. 11, while Stockton Locomotive Works provided Everett Railroad with a burner, firing valve quadrant and emergency oil shutoff. The locomotive was originally built by Cooke Works of the American Locomotive Co. and was intended to burn oil for a railroad in Cuba, but was never delivered for its intended use. It was converted to burn coal and served various short lines until the 1980s. Everett Railroad bought it in 2006 and restored to service in 2015 for tourism operations.

“Working with FMW Solutions made this an economical solution in more ways than one. With our upcoming season just around the corner, we had a fairly small window to get this conversion right and ensure the conversion itself was cost-effective,” said Zach Hall, Everett Railroad steam shop foreman.