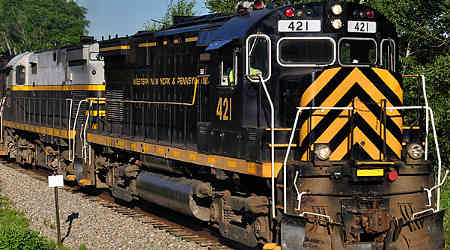 The four-year contract governs about a dozen WNYP workers and runs through Dec. 31, 2021. The pact establishes hourly wage rates, overtime pay, and health and welfare benefits. It also provides due process protections for BLET members that define a process to be followed when disciplinary charges are levied due to an alleged rule violation, union officials said in a press release.

Prior to the contract ratification, there were three pay rates for both locomotive engineers and conductors at WNYP. The new pact transitions wage scales to a single engineer hourly rate and a conductor hourly rate by 2021. Over the term of the contract, wage increases will range from 15.91 percent to 28.44 percent for engineers, and from 15.91 percent to 33.75 percent for conductors, BLET officials said.