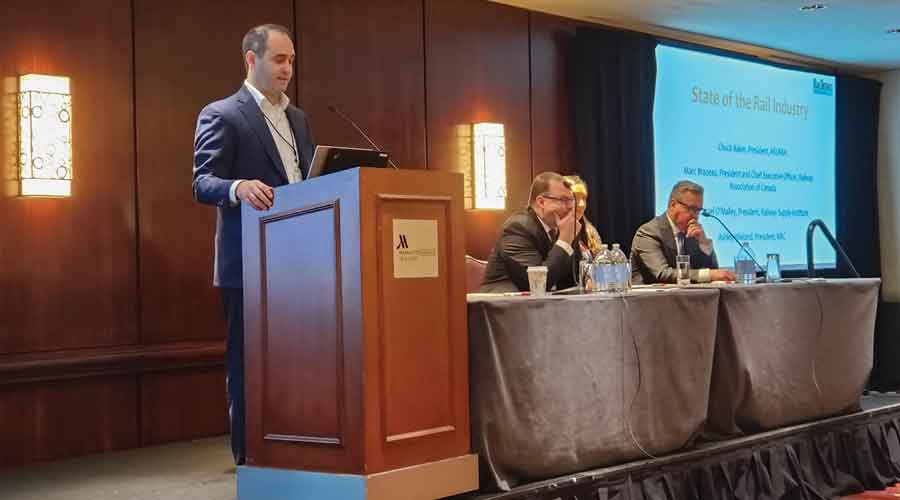 H.R. 1865 extends the Section 45G short-line tax credit for five years, making it retroactive to 2018 and effective through 2022. Expired since 2017’s end, the tax credit previously was extended five times since it was introduced in 2005. Now, the five years is the longest extension ever granted by the federal government.

Section 45G provides a tax credit of 50 cents for each dollar short lines and regionals spend on track and bridge improvements, capped at $3,500 per mile. Small railroads typically invest 25 percent to 33 percent of their annual revenue on infrastructure upgrades each year, according to the American Short Line and Regional Railroad Association (ASLRRA). Since 45G was enacted in 2005, it has spurred $4 billion in infrastructure investments, the association notes.

Watco Cos. LLC — which owns more than 40 short lines — determined the tax credit since 2017 helped generate more than $22 million worth of additional projects involving its Eastern Idaho, Great Northwest and Boise Valley railroads in Idaho.

Studies cited by the ASLRRA show 45G could drive an infrastructure investment gain of 47 percent.

Some assurance for small roads

“Not since December of 2015 have we been able to go into a calendar year knowing we have the tax credit in place,” he wrote. “Having a three-year advance runway I hope will provide assurance that we can begin and complete significant projects using the credit.”

The ASLRRA has spent the past two years lobbying for federal legislation that either extended or permanently enacted the tax credit.

Public case was made, ASLRRA says

The major congressional support for the so-called BRACE Act was a crucial factor in the development of the five-year extension, Baker wrote. The “tremendous efforts” put forth by ASLRRA’s lobbying firm Chambers, Conlon & Hartwell LLC, its Legislative Policy Committee and many constituents in the short-line industry were vital contributors as well, he said.

“This only works with everybody rowing the boat hard in the same direction for a long period of time,” Baker wrote.

In terms of economic benefits generated by small railroads and in part by Section 45G, more than 61,000 U.S. jobs — many in rural locations — are supported by short lines, according to the ASLRRA. In addition, small roads add about $6.5 billion to the U.S. economy.