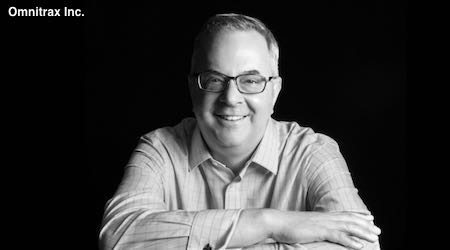 "If you take care of your customers and your people, you're going to be successful," says OmniTRAX Inc. CEO Kevin Shuba

That OmniTRAX is on the growth track isn’t surprising to those who know Shuba and have watched his logistics career over the past two decades. Prior to joining the company as chief executive officer in 2013, he held numerous management roles at global logistics services company Brambles Ltd., including group senior vice president, containers and automotive; group president, CHEP Americas, a Brambles company; and president, CHEP USA.

Shuba spent 16 years with Brambles, helping to grow the company into a $6 billion enterprise by promoting expansion of CHEP's container business in the automotive, petrochemical and food businesses. CHEP, a logistics solutions company specializing in the management of standardized unit-load equipment, also grew via acquisition during his tenure.

When Shuba left Brambles in 2012, he thought about buying and running a transportation logistics company of his own. It didn't happen.

"How I ended up [at OmniTRAX] is a matter of luck, timing and relationships," Shuba says.

Through a professional acquaintance he heard that Pat Broe was aiming to grow his family business, The Broe Group, which owns Broe Real Estate Group, Great Western Oil and Gas Co., and OmniTRAX. After meeting Broe, Shuba was intrigued.

"You don't get a lot of opportunities to work with a successful entrepreneur who has built three lines of business," he says.

You also don't get many chances to helm the third-largest short-line holding company in North America. OmniTRAX owns 20 short lines that operate in 12 states and three Canadian provinces. The railroads interchange with all seven Class Is and carry an array of commodities, notably clay, stone, aggregates, chemicals and grain. OmniTRAX also offers terminal, transloading, material handling and industrial development services.

Although Shuba had no rail experience before coming to OmniTRAX, he’d developed relationships with a number of rail shippers during his tenure at CHEP, including Georgia-Pacific, Unilever and Procter & Gamble.

"Business is business," Shuba says. "If you take care of your customers and your people, you’re going to be successful."

Shuba acknowledges he had a learning curve and appreciates the mentorship he received from former RailAmerica Inc. CEO John Giles — now CEO of the Central Maine & Quebec Railway — who served on OmniTRAX's board for a year.

Among the industry leaders Shuba recruited was longtime railroader Ed Harris, who joined the OmniTRAX board in 2014. Harris, who has held senior management positions with Canadian Pacific, CN and the Illinois Central, was named OmniTRAX’s chairman last month. Shuba also enlisted a couple of C-level executives: Chief Strategy Officer Pierre-Luc Mathieu, who’d previously been with Brambles; and Chief Commercial Officer Peter Touesnard, who’d been with RailAmerica.

Shuba has a long history as a team builder, current and former colleagues say.

"Kevin had to build his team at CHEP," says Cliff Otto, CEO of Saddle Creek Logistics Services, who was instrumental in hiring Shuba as part of CHEP’s sales team. "He did not inherit a team. He hired his team and trained them."

Shuba also has "excellent leadership skills" and he isn't a micromanager, says Brian Malloy, an independent consultant for OmniTRAX and a former CHEP senior vice president. 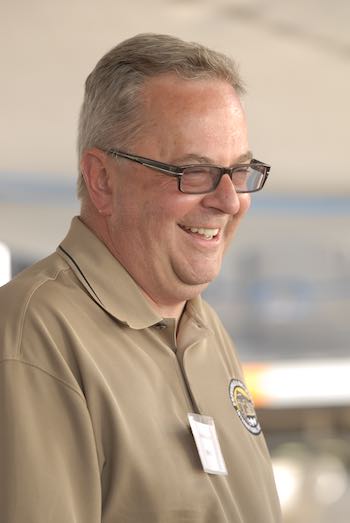 "He has a genuine belief in the potential of good people, and he's great at bringing excellent people into organizations," he says, adding he has known Shuba for more than 20 years. "Then he supports them."

"He can see many steps down the road to what an organization can be," he says.

Not being a railroader helped him see what OmniTRAX could be, Shuba says.

"Having a different set of eyes has brought some value to this organization," he says. "Customers' perception was that rail people are hard to do business with. We brand ourselves as making rail easy."

From the mouths of customers

A simpler supply chain is what OmniTRAX customers want — and they've told Shuba that they've found railroads are difficult to conduct business with, and that the shipping process historically has been overly complicated.

The aim, then, is to make OmniTRAX into more than a short-line operator. The idea: A customer should be able to come to the company and when possible, through one point of contact, manage his or her shipping needs all the way from the oil rig to the Pacific Ocean, with OmniTRAX managing all the shipping in between — from a short line to Class I to rail transfer to truck.

It may be too early to determine if the approach is working, but OmniTRAX roads have performed well in the aggregate. While 2015 represented a down market for many North American railroads, OmniTRAX roads moved more than 300,000 carloads last year, a 5 percent increase compared with the previous year’s total.

"In its broadest definition, transportation logistics covers everything from railroads to trucking companies," he says. "Services are different, but you're still building long-term relationships with customers. ... Kevin could take [his] skills anywhere."

Adds Malloy: "[Shuba] develops very strong relationships with people, not just in the organization where he works, but with people outside it, too."

Shuba, who plans to continue nurturing those relationships, is excited about the future of OmniTRAX and the rail industry as a whole.

"It's an outstanding business and has such a legacy," he says. "Rail has shown the ability to adjust to change."

The short-line industry will need to continue adapting if small roads are to continue growing — specifically, to take more freight off the highway.

"How do we solve supply chain problems like delivering fresh vegetables on time?" Shuba asks. "How can we gain more market share in markets we haven't traditionally served?"

Of course, cultivating business from existing customers is crucial, too — it's one of the legs of his growth-strategy stool, Shuba says. The ability to leverage The Broe Group's real estate arm — discovering property that's close to existing rail lines, buying it and developing it — definitely helps.

Another leg is industrial development. Shuba points to the company's Great Western Industrial Park in Windsor, Colo. OmniTRAX and its Broe Group affiliates have spent the past several years developing the park, which is served by OmniTRAX’s Great Western Railway of Colorado LLC. The park is home to facilities established by companies such as Vestas Wind Systems A/S, Front Range Energy LLC, Halliburton, Eastman Kodak Co., Musket Corp. and Cargill Inc.

"We've brought 15 customers to that park in the last 10 years," Shuba says.

He wants to build that same kind of success in Brownsville, Texas. In June 2014, OmniTRAX forged a 30-year lease agreement with the Brownsville Navigation District to operate the Brownsville & Rio Grande International Railroad (BRG), which serves the Port of Brownsville.

As part of the BRG acquisition, OmniTRAX established a strategic partnership with the port to develop the GEOTRAC Industrial Hub. The GEOTRAC project will provide rail and port services alongside a master-planned heavy industrial park, all within eight miles of the Mexican border. BRG's network includes 45 miles of track throughout the district and five miles in the city of Brownsville. The short line interchanges with BNSF Railway Co. and Union Pacific Railroad, and has an intermediate connection via UP to Kansas City Southern de Mexico S.A. de C.V.

A third leg of the stool, and one OmniTRAX has been leaning on successfully for years, is acquisition. In addition to the BRG, OmniTRAX has acquired two railroads in the past year and a half: the Peru Industrial Railroad LLC and Sand Springs Railway Co. OmniTRAX officials are considering three or four other sites with affiliated short lines for GEOTRAC-like development opportunities, Shuba says, declining to provide specifics, but adding that the strategy includes expanding the OmniTRAX footprint in Canada.

Currently, OmniTRAX is in negotiations with Northern Manitoba First Nations for the latter's purchase of the Port of Churchill and Hudson Bay Railway Co.

Malloy, for one, is looking forward to seeing where Shuba takes OmniTRAX next.

"Kevin has what I would call executive courage: In order to deploy strategic ideas and to move a company in a different direction, you have to have the courage to act," he says.

"Kevin has the competence to invest large amounts of money ahead of the curve. A lot of executives wouldn’t have the courage to go to the board and ask for that kind of risk."