ARRC is the first U.S. railroad to receive such a federal permit, says Doug Engebretson, the regional’s chief operating officer. The railroad also is the first to take a significant step in the regulatory process, which eventually will help make LNG business available to others, he says.

ARRC sought the FRA approval to provide a rail option for moving LNG into communities within the state's interior, such as Fairbanks. Alaska’s Industrial Development and Export Authority (AIDEA), Energy Authority, Department of Commerce, Community and Economic Development, Department of Revenue and Department of Natural Resources are pursuing an Interior Energy Project (IEP) to help residents reduce high energy costs associated with oil-burning and wood heating systems. As part of the IEP, AIDEA is evaluating the logistics and costs of moving LNG via rail, truck or pipeline. 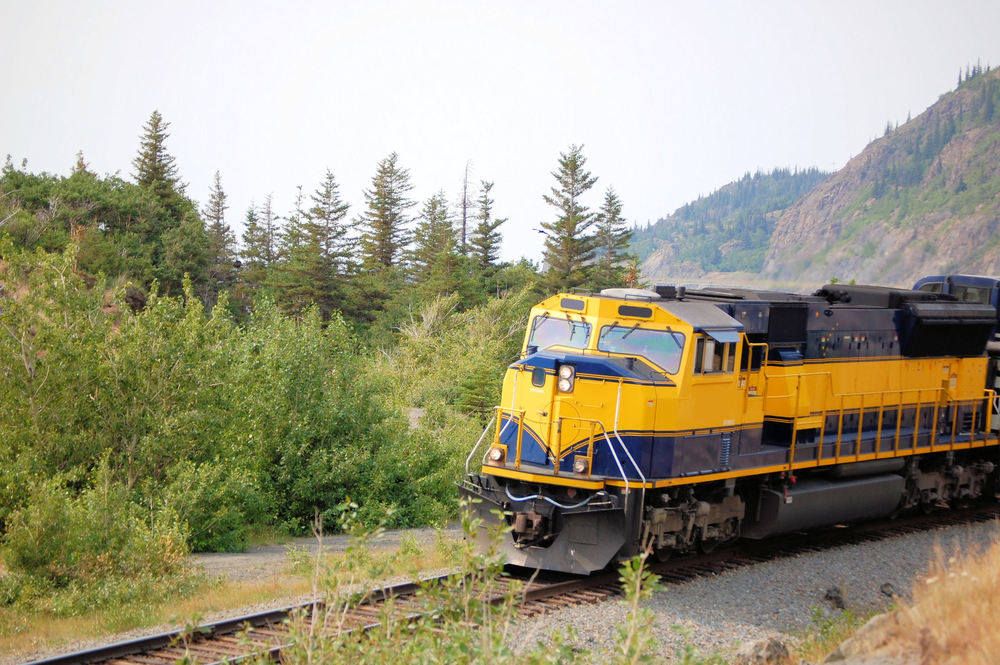 Alaska Railroad aims to move LNG from points as far away as Anchorage to the state's interior. Photo: Shutterstock

“Fuel oil prices there are extremely high, and payments sometimes are higher than mortgage payments,” says Engebretson, noting that the price at times have reached $475 per gallon. “The state needs to do something.”

In November 2014, ARRC approached the FRA about obtaining approval to move LNG in portable tanks via container-on-flat car service in both unit and manifest trains. In February 2015, the FRA sought additional information from the railroad, which submitted a formal request for approval. The agency then conducted a thorough review and analysis of the proposed LNG operations.

“This was a completely new process since there are no current regulations that allow for LNG movement by rail,” says Engebretson. "This is unchartered ground.”

The FRA approval — which remains in effect for two years — includes a number of stipulations, such as that ARRC must:
• operate only up to two trains carrying eight portable tanks of LNG per week;
• perform at least one track geometry car inspection and four internal rail-flaw inspections annually;
• provide initial training to all crews operating LNG-carrying trains and emergency responders along an LNG route;
• prohibit double stacking of the portable tanks; and
• issue a report each month to the FRA on the number of portable tank loads and other data.

The interior is in desperate need of an affordable energy source and natural gas by rail holds real promise, said U.S. Sen. Lisa Murkowski (R-Alaska) in a press release.

"With many details still to be addressed, I look forward to continued cooperation with the FRA to move LNG to our interior communities," she said. "I appreciate the FRA working with my office on this issue and will continue to work to facilitate solutions to address our energy needs in the interior and across the state, but this is a great step."

However, state and private entities still have much to do to bring cheaper and cleaner energy options to the region, says Engebretson. The state currently is exploring proposals from five finalists for the IEP.

Engebretson isn’t sure when ARRC would begin to move LNG since there haven’t been any determinations as to where the gas would originate and exactly how it would be moved. If the gas originated in Anchorage, it would need to travel about 350 miles to reach the interior region.

Shippers would own the portable tanks and ARRC would provide the intermodal service using its own flat cars if the state opts to move the gas via rail. And the energy market will determine whether any LNG moves on rail, says Engebretson.

“We don’t know what the growth potential is,” he says. “But we know the consumers are there in the interior.”

The FRA is considering other LNG-by-rail applications in United States, yet those proposals are different because the gas would need to be transported through or around many cities, says Engebretson.

“We are in very, very rural territory,” he says, adding that if LNG was moved from Anchorage to Fairbanks, it would only travel through three small towns.

For now, ARRC is trying to gain a better understanding of the learning curve associated with transporting the gas.

“We will have to crawl, and then walk, and then run,” says Engebretson.