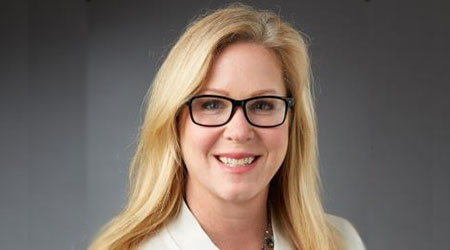 Just like their Class I interchange partners, regionals and short lines expect to mine opportunities and confront challenges in 2018. One prime opportunity: carload growth.

Class Is are capping off 2017 with stronger volumes than they had in 2016, and that bodes well for small railroads’ traffic-growth prospects next year, says American Short Line and Regional Railroad Association (ASLRRA) President Linda Darr.

“When Class Is are going bad, we’re a little less bad, and when they’re going good, we’re better,” she says.

In 2018, regionals and short lines also plan to build on recent efforts to partner more effectively with Class Is, such as by enhancing the transparency of shared data, says Darr. That would enable the partners to provide shippers more accurate estimated times of arrival.

In terms of short-line industry challenges, there’s perhaps none bigger than extending the Section 45G tax credit that expired at 2016’s end. Introduced in 2004, the measure provides regionals and short lines a tax credit of 50 cents for every dollar spent on track improvements based on a mileage-based formula.

ASLRRA officials and lobbyists have been working throughout 2017 to gain a permanent tax-credit extension by pushing for the enactment of the Building Rail Access for Customers and the Economy Act (H.R. 721/S. 407). Known as the BRACE Act, the bill would amend Section 45G by removing the sunset provision, making the tax credit permanent or at least extending it for a minimum of 10 years, says Darr.

Although the short-line tax credit has perhaps the highest government support it’s ever had — the BRACE Act is the No. 1 co-sponsored tax bill in the Senate — the current political climate surrounding taxes is making it difficult to obtain an extension measure of any kind, she says.

“We’re in a very complicated political situation,” says Darr. “Republicans need a win, and lowering the tax rate for individuals and corporations is the target. But they need to find a way to offset the cost of the tax breaks.”

ASLRRA officials and lobbyists need to find “the wedge” to include Section 45G in any tax package that passes, she says.

“I wouldn’t be surprised if some form of package passes yet this year, but it could be part of a tax extenders package as has happened in the past,” says Darr.

In the meantime, positive train control (PTC) compliance is another significant hurdle that figures to keep towering over the industry in 2018 — and beyond. Small roads have until Dec. 31, 2023, to fulfill their PTC requirements. The Positive Train Control Enforcement and Implementation Act of 2015 amended the Rail Safety Improvement Act of 2008 in part to provide qualifying regionals and short lines an additional three years to comply.

But there aren’t that many small roads that need to adopt PTC devices or components because of the 2008 law, says Darr. Of the 100 or so that need to comply, only nine or 10 are impacted by it.

The rest are taking on PTC “because their Class I partners say they need to,” says Darr. Those small railroads need to install the appropriate devices on their locomotives to meet interoperability requirements.

“Short lines don’t think this is fair. But for now, we’re full speed ahead on [compliance],” says Darr.

ASLRRA officials plan to continue focusing attention on short lines’ PTC concerns next year while working with legislators and regulators (more info on those concerns is available here).

The assessments performed so far target small railroads that move hazardous materials, such as crude oil. Nearly 50 assessments have been completed at various railroads — including some large regionals — and they’ve been “very well received,” says Darr.

“Some railroads have made changes in their budgets based on what they learned [about their safety culture],” she says.

The SLSI has been guided by a new leader since July, when Tom Murta became executive director. His 24 years of experience at CSX — covering safety and compliance, hazmat systems, environmental issues and infrastructure — already has benefitted the institute because of the initial focus on short-line hazmat safety, says Darr.

Going forward, the SLSI will need to become more flexible to analyze safety at dozens of other railroads, she believes.

“What we are counting on for next year is expanding the institute’s mandate to make it more broad beyond hazmat so other short lines can be assessed,” says Darr.